Memories of a Student 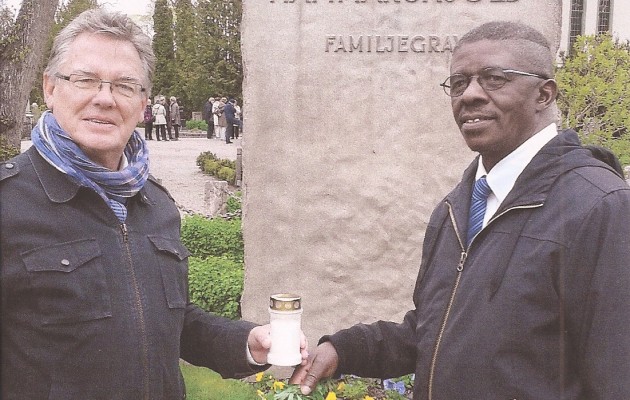 Mine are, therefore, reminiscences and remarks of a younger brother – a son – who is learning and is eager to learn more.

Towards the end of my school-days at the age of 17 to 20 between 1968 and 1970, I heard and read for the first time about that Afrikaans-speaking white pastor who for some years already was being targeted on and fiercely driven from one controversy to the next by various circles in the leadership of his church, the Nederduitse Gereformeerde Kerk [NGK], the Dutch Reformed Church for Afrikaans-speaking Whites, that was notorious for propagating and practicing segregation and subjugation [apartheid] and by opinion-leaders in the Afrikaans-speaking white community including the prime-minister, Verwoerd, and cabinet-ministers in the apartheid-Establishment.

Christiaan Frederick Beyers Naudé, an Afrikaans-speaking white South African, who had come out and had started questioning, preaching and arguing for the need to do away with apartheid – “the need to change!”, attracted the attention of many of my age, who – as children and as descendants of the local population whom especially the Afrikaans-speaking white community was through its apartheid-regime continuing to dispossess and had degraded into a mass of disempowered labourers and voiceless underdogs that they collectively named “Nie-Blanke/Non-Whites” or “Bantu, Kleurlinge/Coloureds, Indians”…  Beyers Naudé started posing questions our parents and our elder brothers and sisters had been and were asking and for which many of them were being intimidated or had been silenced – our questions, our demands in the mouth and through the voice of someone ‘from the other side’ who, himself, was still undergoing change of perception in almost every respect and in high speed.

We would listen to Beyers Naudé and argue with him as we would wage a debate with an elderly brother, an uncle, a keen teacher, in the days in which such encounter between “Blanke/White” and “Nie-Blanke/Non-White” was seldom since it had been rendered practically unthinkable by laws and measures of segregation and subjugation [apartheid].  Some of us in the South African Students’ Organisation [SASO] and other groups and organisations of the Black Consciousness Movement [BCM] in those years [1968-1972] came to appreciate the exposure and the confrontation with initiatives and processes connected with Beyers Naudé and the Christian Institute of Southern Africa [CI] of which he was one of the founding-members – initiatives and processes that appealed to us more especially because they were direct and frank in their language and authentic in every respect. Some of these were ventures into rural areas during school holidays to live with families and assist adults that were seeking to learn reading and writing and conversing and exchanging perceptions with them on issues and current events in their vicinity and generally [literacy campaigns and awareness workshops] involving the local youth.

Beyers Naudé had, by then, already got accepted as a reliable advisor and was recognised as a resourceful partner by leaders of congregations and churches that were soon to be referred to as African Independent Churches.

Coming into contact with us, Beyers Naudé met equals – certainly no everyday-experience for him at all: As daughters and sons of pious beleavers, most of us had in our early childhood gone through “Sunday School”, had gone through the ups and downs of puberty and youth as active members and “office-bearers” in SCM [Students Christian Movement] in secondary or vocational schools and at college.  Reading and “studying” the bible and arguing on current issues or on `matters of principle´  on the basis of our “Christian faith” constituted the context of social interaction – was framework of day-to-day communication for most people of my age-group those days.

I must, however, remark: Our parents, teachers and local preachers – among them the Congregational churchman, Ben Ngidi [“isikhathi esiphila kusona” = “the time in which we live (our lifetime)”] , the Lutheran pastor and theologian, Douglas Makhathini [“… wasiweza ngelibanzi!” = “… and she/he let us all cross over (go free) at ease!”] and the Methodist preacher, pathfinder, wise bricklayer, great ecumenical strategist and architect, Enos Sikakane [“asibhobokelane!” = “let us break through, relate and exchange perceptions and opinions in genuine openess and mutual trust!”], had laid the foundation and made us become the ‘budding personalities’ that we became and that later could converse and debate as we then already started doing.

We, youngsters, were, however, quite often somewhat consternated and, indeed, indignant when Beyers Naudé would, for example, not avoid sharing platforms with individuals and interest-groups who, as functionaries and beneficiaries of the apartheid-regime, were simply unacceptable to us as potential ‘agents of change’, the Bantustan-functionaries for example.  Beyers Naudé exchanged experiences and perceptions even with some of these on issues concerning ‘concepts and models of faith in post-colonial Africa’ in consultations and workshops held among others at the UMphumulo Lutheran Seminary.  Beyers Naudé would similarly not bother standing side by side with the likes of Chief Gatsha Buthelezi, head-functionary of the then KwaZulu-Bantustan, and they would call for the stopping and the withdrawal of investments from [apartheid] South Africa – a call we applauded as overdue, a call that, however, could have meant the severest sanctions by the apartheid-regime on both, – a call that revived and enhanced the Struggle remarkably, most probably because both Naudé and Buthelezi were so untypical in the scene and so extremely opposite in their characters and interests as would be more evident not very long after that.

The years in which I was working at the Edendale Lay Ecumenical Centre near Pietermaritzburg [1972-1975], reaching out to initiate and coordinate teams and groups of young people mainly in and around Pietermaritzburg and Durban and facilitating them in their pursuit to question and resist apartheid, I had a lot and quite often to do with Beyers Naudé and others from the Christian Institute of Southern Africa (CI) which, of course, cooperated with the Ecumenical Centre in Edendale.

Very interesting was to observe how polite and correct the encounter and the communication would go.  “English”, a medium of communication that was for us even those days ‘nobody’s own language’, enabled us to venture and meet while remaining cautiously aloof.  At old age Beyers Naudé used to smile witty over the one and the other phrase that used to be typical of certain constellations and levels of communication and debate – ‘struggle-vocab’.

Instead of seeking to be speaking ` for  the non-Whites´ as some especially English-speaking white students and opinion-leaders [“liberals”] occasionally were fond of doing those years, a generation of young white adults had emerged and was taking shape in and around the Christian Institute and sought to focus on making their own white community aware and sensitive of the need to change and to cooperate in questioning and challenging apartheid.  The walk from Grahamstown to Cape Town, the Pilgrimage of Faith, from 16 December 1972 to mid-January 1973, is one of the initiatives that brought about a conscientization-process that was to be followed by clearer and more adamant ventures in the Struggle – an appealing and a very convincing expression of `White Consciousness.´

Three important observations concerning “Oom Bey”, as some of us had in the meantime learned to talk to and about him, come to mind.  I shall briefly hint on them, but will not go into detail:

Beyers Naudé would inspire and disappoint interchangeably and continually; one would be keen to rely on him all the same.  Three instances come to mind. I refer to them in brief:

Ilse and Beyers Naudé participated in a conference in Arnoldshain [Germany] in which many exiled South Africans took part. As everybody was about leave at the end of the week-end, my elder son [8] who had been playing amusedly with Ilse and Beyers now and again during the conference, asked: “Papa, how do I say in their language: `Kommt uns bald in Düsseldorf besuchen!´ [Come and visit us soon in Düsseldorf!]´ ?”

You won’t believe: That simple sentence was no longer that easy for me to translate into Afrikaans! I realized all of a sudden, how much of a language that I had learned at school up to university and that I used to command almost just as any other had faded out of my cognitive memory since I had started growing into resisting apartheid conscientiously.  Afrikaans, the language of the oppressor, had since then not come over my lips again and I had simply wiped it off my mind.

The desire of my little boy in 1985 to remain in contact with the old folks he had just met, made me realise clearer at once that people engaged in resisting and fighting against apartheid included Ilse and Beyers Naudé, Allan Boesak, David Bosch and many living and striving in the first place in their mother-tongue, Afrikaans, just like Ilse and Beyers had always been and were doing – apparently such that my own son responded to them as naturally as he did!

That get-together in Arnoldshain in 1985 made me realize even clearer that overcoming apartheid entails liberating Afrikaans and other languages from the rôle that the apartheid-system had assigned to them as vehicles and instruments of segregation and subjugation.  The future beyond apartheid was one in which everyone would in every respect would can live at par with everybody else. Oom Bey and I could then affirm: `Fighting against apartheid in Zulu, Afrikaans, Xhosa, Tswana, Sotho, … means fighting for a future in which people shall live together in freedom –  conversing, celebrating and hoping in Zulu, Afrikaans, Xhosa, Tswana, Sotho, …   …!´

Meeting Ilse and Beyers Naudé at their home and later in the old-age home in Johannesburg since 1994, we would look back and chat.  Once after the inauguration of the Beyers Naudé Drive in Johannesburg, Oom Bey remarked seemingly overwhelmed:  „Did anyone of us ever really hope to live long enough to also witness the days in which the Change we envisaged eventually starts coming about?“

I keep on asking up to this day:  What did I learn?  What do I learn?

Ben Khumalo-Seegelken, born in 1950, theologian and social scientist , worked at the Edendale Lay Ecumenical Centre near Pietermaritzburg, South Africa [1972-1975],  promoting political awareness through youth programmes in and around Pietermaritzburg and Durban. In 1975 he had to leave the country as a political refugee and attained asylum in West Germany. He is a critical observer of the political and social situation in and around South Africa and serves in various networks in Germany and in South Africa including the Beyers Naudé Centre for Public Theology at the University of Stellenbosch and the Khulumani Support Group in Johannesburg.

Kommentare zu »Memories of a Student«