Teaching and Learning languages – at home and at school. Why at all? 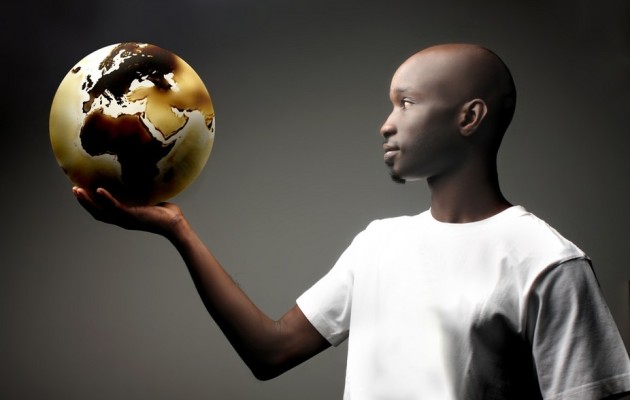 Amid the debate about what languages should dominate at African schools, we’re missing an important point: why do we learn language in the first place? From www.shutterstock.com

There is an ongoing debate across Africa about the ideal language of instruction in education. This tends to centre on whether children should be taught in their home-languages or in languages that are more widely spoken and are considered more universally “useful”. Ernst Frederick Kotzé* takes part in the ongoing exchange of experiences and perceptions and maintains:

In many countries, former colonial languages like French, English or Portuguese have been adopted as the language of instruction in schools. There is growing evidence that this policy may not be in the best interests of African societies in general.

A fundamental question is being ignored in this debate: What is the purpose of teaching and learning languages in the first place? Quite simply, there are two functions of language: communication and access to knowledge. Each must be pursued as an objective in its own right rather than being lumped together.

How languages are applied

There is a strong case to be made for simply adopting a colonial language as the medium of instruction in African schools. These languages tend to be more widely spoken worldwide and could, as such, be considered more useful in the long run.

Some commentators have argued that there is another value inherent in becoming fluent in a world-language like English or French. They say that a child will, through proficiency in one of these universal languages, also acquire useful knowledge in a subject such as physical science, which has a very specific vocabulary. Common English words like “decay”, “cleavage” and “fault” all appear in physical science textbooks, although they take on different meanings in a scientific context.

By this logic, we can say that natural sciences, human sciences and arts like music each employs a “language” involving a very specific terminology. A word such as “interval” in music, for instance, has a totally different meaning from the general interpretation.

If we follow this line of reasoning, a major objective why children should be taught in a universal language is to improve their understanding of content in other subjects.

But this takes us back to the two distinct functions of communication and access to knowledge. If we apply a linguistic lens to the problem, we will find that language is ideally learned for its own sake, as an effective medium of communication. It is not – and should not be – learned for the purpose of coming to grips with subject content at the same time.

What makes a language?

It is incorrect to suggest that the use of subject-specific terminology constitutes an entirely different language. In reality the lexicon – or content vocabulary – of a language is only the observable part of the communication system that we call language. You also need to come to grips with the grammar of a language: its rules, structure, syntax and semantics.

In Africa, colonial languages have been used in schools simultaneously as a medium of communication and as a way to internalise subject content. This mingling of objectives has actually put generations of African children at a disadvantage.

Research conducted by the German-African Network of Alumni and Alumnae in Northern, Southern, Eastern and Western Africa has proved this disadvantage. In Burkina Faso, graduates from community schools who learned in the local home language outclassed their peers from French language government schools.

In Zambia, learners who studied in their home languages for all subjects apart from English outperformed their peers who learned all subjects in English.

In both these cases, the distinct objectives of language were kept separate. Children learned French and English, respectively, merely for the purpose of mastering the language. It wasn’t used to improve their knowledge of other subject content, and this is why learners were so successful.

The aim should be language proficiency

On a personal note: I obtained my PhD at the University of the Witwatersrand – not in English. I have published some 52 articles and (in) 43 books. Many of these are in English, but others are in “international” languages like French, German, Dutch and Japanese.

The transfer of content vocabulary from my own language to English and other languages was largely facilitated by two things: a cognitive basis of the grammar of the language in which I grew up, and an effective training in English as a subject. This training was not confined to the vocabulary or terminology of any particular subject like physics, mathematics or linguistics. Instead, it was aimed at developing proficiency in the language as a whole.

In deciding how to deal with language in education, we should keep our objectives clear and concentrate on what is attainable. To confine the aim of language proficiency to the access of knowledge in one field would be defeating the purpose and confusing two separate objectives.

Source: THE CONVERSATION, 28 July 2015, edited for this publication by Ben Khumalo-Seegelken.