English for Academic Purposes: Should Scholars Discard or Uphold their own Language? 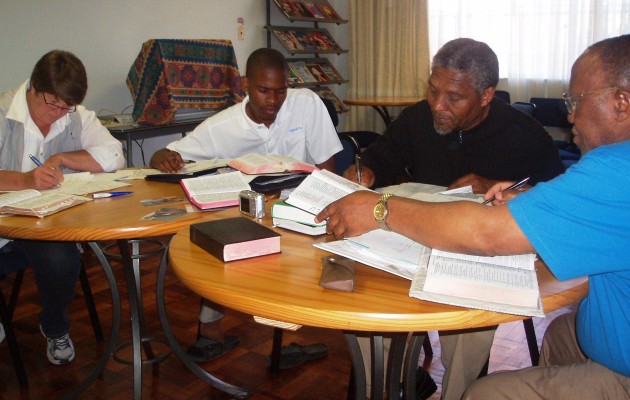 Marcel Bas, an independent author from the Netherlands, observes: “English spreads throughout the academic world, at the cost of local edulects.” He contends: “This should not be met with indifference or be welcomed by the blind market-law of supply and demand.”

“The academic world is in the process of rapidly becoming English speaking. The fast spread of English as an international academic lingua franca is widely regarded as a merely practical consequence of the need to acquire and exchange information. But we also see that where English for Academic Purposes (henceforth EAP) gains ground, high registers of other languages-edulects (Hyland 125) – lose ground. Linguistic diversity is disappearing due to this process, which has even prompted J.A. Fishman, a well-known linguist, to wonder if English is “a benevolent bonus or a creeping cancer of modernity” (Fishman 2). In this essay we will assess what we may lose in this process and why we should protect our native languages against the spread of English.

“We could assume that the spreading of EAP is a blind process, effectuated by necessity and the law of supply and demand. Indeed, one of its driving forces is a utilitarian mind-set, as C.A. Ferguson remarks in a book by Philipson:

When the amount of information needing to be processed came to exceed human capabilities, the computer appeared on the scene … when the need for global communication came to exceed the limits set by language-barriers, the spread of English accelerated, transforming existing patterns of international communication (Philipson ix).

“Indeed, English has proven to be a highly practical language for the collection of data. But we are not only concerned with an involuntary process.

“A university is not an isolated institution that merely educates: it also supplies a want. So in order to understand the impact of English on the world inside academia, we must investigate the reasons why it is English – and not, say, French […] – that appeals to the world outside of academia. Sue Wright (Wright 162) mentions twelve factors of which I will briefly rephrase eight, since they are relevant to the spread of English in universities:

2. The spread of international trade and financial activity. The USA, Britain and Australia constitute the world’s largest single-language based economical complex. In East Asia, the other trade complex, English encounters less and less competition from other languages.

3. The spread of democracy. The most powerful modern political influences come from democracies in Britain and the USA, so the worldwide democratic movement operates in English. The democratic jargon in many countries is based on English words and democracy is also understood from the English idiom.

4. The growth of capitalism. The Industrial Revolution in Britain and the gains coming from the British colonies made English the language of international trade. American capitalism created mass-production techniques and today America (and English) plays a leading role in the fields of pharmaceutical companies, audiovisual technology, biotechnology, and information technology. According to The Economist two-thirds of all web-content is in English.

5. English is the language of international organisations. International organisations discarded French in favour of English after the USA and Britain became victor-nations in World Wars I and II. The English-speaking world gained military and political influence and the American private-sector contributes to the spread of the highly successful neoliberal ideals of free enterprise and human-rights.

6. The English-speaking community is culturally diverse. The British Commonwealth is multicultural and the USA and Canada are immigration countries. These countries – and Scottish singers, Irish poets and African writers – make English to be an internationally agile, transnational language with many local dialects. Many scholars will feel attracted to this internationalist image of English.

7. English has a symbolic status. The abovementioned factors provide English with an extraordinary status and the image of having a greater importance than other languages. The use of English is a marker of personal success and development.

8. A critical mass arises. Post-communist Eastern European countries and China witness the ascent of new classes of critical citizens. No longer are German, Russian and (in Romania) French encouraged as second languages. Also in China English is now preferred for international communication. This generates a self-strengthening process as most world citizens will feel less stimulus to learn another language (Wright 162).

“When we look at some factors, we will see that the spread of English no longer appears to be born out of merely a blind need. Factors 4, 5, 6, 7 and 8 suggest that the increasing use of English can also be ascribed to personal intent from the side of people who speak smaller languages. These languages appear to be the victim of perception when faced with the greater English. Smaller languages do not have the marketing power to survive in all sectors, and academics specialised in the sectors revert to English in order to reach a larger audience.

“In publishing they discard their native language and embrace the opportunities that majoritarian EAP has to offer them. John M. Swales mentions that there exists “[…] the well-attested tendency of off-center scholars to try and publish ‘their best in the West’, offering more minor works for local publication” (Hyland 126). Consequently, the process is exacerbated by a causal nexus as scholars continue to indifferently disregard their native tongue’s potential and its prestige whilst they inherently reaffirm and precipitate the growth of EAP’s prestige. I characterise this process as cultural majoritarianism, culminating in English-based monoculturisation.

“English-based monoculturisation of academia is not only fostered by the non-Anglophone scholars who revert to EAP. Mauranen also mentions the “gate-keepers”, who call for standardisation of academic rhetorical practices because they are reluctant to accept diversity in this field. They pejoratively characterise ‘foreign’ rhetorical practices as fuzzy or as digression and Swales suspects them even of saying that “’these foreigners just don’t know how to frame issues and arguments in ways that we feel comfortable with,’ because those foreigners would no longer be trying to do those things in the first place” (Hyland 126). Typically, in recent years the English verb to frame has found its way into the Dutch language as a loanword since Dutch speakers have been `framed´ to think that there is no equivalent for it in Dutch.

“Swales notes that Anglophone commentators look with scorn upon the French government’s attempts to promote the viability and the “historically Gallic character” of French (Hyland 125). We can safely assume that the French government promotes French because it treasures its national language and because it tries to uphold its language’s prestige. But on a global level, why is it desirable that language-diversity is promoted? What is at stake here?

“As with all professionally-marked registers, certain strands of thought can only flourish within specific endemic sociocultural contexts. Swales informs us on the fact that the Swedish academic language has been the way to convey ‘the most developed forms of social democracy and the welfare-state’, that ‘it is German scholarship that has elaborated and maintained the persuasive rhetorical device of the footnote, and […] it is German that has developed the Exkurs’, and that ‘Finnish rhetoric differs considerably from Anglo-American rhetoric’ (Hyland 126). Another example can be found in South Africa, where fresh ideas on identity have been produced from the intense academic polemical debates on the demise of Afrikaans (in favour of English) at traditionally Afrikaans-universities (Giliomee & Schlemmer). Swales transposes the academic register to the world of arts when he remarks:

The loss of professionally-marked registers has several fairly obvious consequences and some less obvious ones. One of the latter is the loss of professional speech-differentiation for the purposes of literary characterization, for entertainment and for parody. If nobody talks and writes any more like a medical professor or a research-scientist, or even an avant-garde critic, because all these roles are now occupied by English, then creative national allure is itself impoverished (Hyland 126).

“If EAP were to gain more ground, the intellectual and temporal continuity of this world’s inspiring cultural diversity may become disrupted forever.

“Not only should we fear an imminent breach in a local academic culture’s intellectual and temporal continuity. We should also mention an imminent demise of the links with the rest of society. At a university, scholars learn to use their mother-tongue as a vehicle of academic discourse. This vehicle has been developed throughout history to convey complex and abstract matters. It has enabled academics to publish books, reports and tutorials and to pass the information on to the rest of the people, in their own language. If EAP were made the language of instruction at – for example – Dutch universities, future generations of non-academic people in the Netherlands would no longer feel represented in academia. Dutch academic vocabulary would be forgotten and, eventually, the Dutch language might no longer be suitable for communication on an academic level and thus drastically lose prestige. Sociolinguistic research has shown that languages have died only after they drastically lost prestige. Ongstad has observed that when a culture starts to lose its genres, it begins to die (Hyland 126). On a global scale, the introduction of English as an academic language causes a irretrievable linguistic and cultural detachment from our societies in the past, present and future.

“An English-only, or even an English-mainly policy necessarily condemns most people, and thus the country as a whole, to a permanent state of mediocrity, since people are unable to be spontaneous, creative and self-confident if they cannot use their first language” (Giliomee & Schlemmer i).

This reminds us of Mauranen’s ‘cultural rainforest’ argument, which does not so much advocate for retaining the national languages in academic publications. Rather, it rather calls on scholars to maintain their specific rhetorical practices and cultural thought patterns by moulding them into the accepted world language, in our case EAP. Thus, rhetorical diversity and variety may be safeguarded from excessive standardization and non-English speaking scholars would be able to continue their innovative and creative work (Hyland 126).

“English spreads throughout the academic world, at the cost of local edulects. This should not be met with indifference or be welcomed by the blind market law of supply and demand. There might be a myriad of global factors that “necessitate” homogenisation of academia. But since universities have a great influence on their societies, scholars should be aware of the consequences their choices have. When they discard their language at university, they disallow their society’s language to operate at the accepted intellectual level. It will cause people to no longer be proficient in their mother tongue at an academic level. Thus, they deny their language its dominance in society. A dominant language is associated with prestige (Holmes 61) and, conversely, an inferior language is associated with lack of prestige. If the introduction of EAP does not usher the downfall of the hitherto dominant language, it will result in a breach in information transfer to society, as well as in a lack of language competence and loss of language-bound rhetoric and thought. These are all losses, initiated and prompted by scholars themselves. More cultural and linguistic awareness among scholars could therefore also prompt them to do the opposite: to uphold their language, in all its functions and richness.”

Kommentare zu »English for Academic Purposes: Should Scholars Discard or Uphold their own Language?«