English: the Empire is dead. Long live the Empire 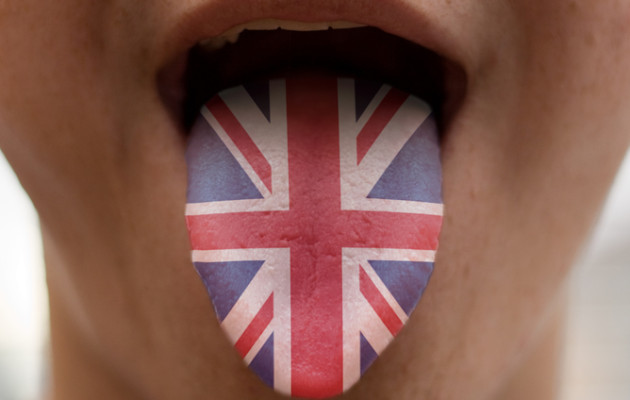 English dominates as the language of world-scholarship

The enduring predominance of English as language of communication in various public institutions in many parts of the world remains source of concern in academic and political circles in a number of post-colonial communities. Salikoko S. Mufwene* explores the issue from the perspective of North America and makes his contribution to the ongoing exchange of perceptions:

English was born in the 7th century in England – a small island-nation a quarter of the size of France. Since the 17th century, it has become the mother-tongue of all locally-born Brits, Americans and Canadians (except for Native Americans on `reservations´), most Australians and New Zealanders, and several Caribbeans, in the form of `English creoles´. It has also become the official language of numerous countries of the British Commonwealth: in Africa, Asia, and the Pacific.

The rise of English is unparalleled in world-history – dwarfing even the impressive territorial and demographic expansion of Latin, the administrative language of the Western Roman Empire, of the Catholic Church, and of the European scholarly elite for centuries.

The companion of empire

The worldwide spread of English began with the lucrative colonial ventures of that small island. As an imperial language, English has done better than, for instance, Spanish and Russian.

Spanish spread from Castile to the rest of Spain and then to most of Latin America from the 15th century. However, its spread to the rest of the world was curtailed when it lost Morocco and The Philippines as major exploitation-colonies. Russian’s importance as a lingua franca of the former Soviet Union has also decreased since the collapse of this communist bloc.

England’s biggest linguistic victory, however, has been over France – its biggest rival in the colonial venture since the 18th century. This nation, which has celebrated the superiority of its culture and language, must surely envy the success of English.

France started losing the maritime provinces of Canada and some of its Caribbean island colonies to England in the 18th century. In 1803, the emerging United States bought a massive chunk of the New France Colony from Napoleon Bonaparte in the `Louisiana Purchase´.

The `acquisition´ of this vast territory by the United States – from the Mississippi River to the Rocky Mountains, from the Gulf of Mexico to the southern border of Quebec, and beyond, cleared the way for the spread of English from the east to the west coast. The growth of American and Canadian populations since then has resulted in a significant increase in the number of mother-tongue English-speakers.

The process continues to date as a consequence of mass-migration. The current influx of Hispanics to the US is a transition comparable to the immigration of continental Europeans to North America since the 19th century. With their children acquiring English with native competence, the adult Hispanic immigrants are likely to take their heritage languages and their nonnative accents with them to their graves, as did adult continental European immigrants before them.

English in trade, science and scholarship

Now, in the postcolonial era, English has been expanding largely because of the emergence of the US and the British Commonwealth as the dominant players in world-trade. In this game, it is the buyer’s language, not the seller’s, that comes out on top – especially when the buyer is truly king.

The economic and military power of the US and its role in saving Europe from two world wars have promoted English to the status of the foremost diplomatic language, thus demoting French. Its leadership, along with the United Kingdom’s, in science and technology has also made English the dominant world lingua franca of scholarship. Even the French and the Germans, economically powerful and influential as they are in science and technology, have had to bow to English. More and more of their scholars publish in English.

To be sure, there are languages such as Hindi and Mandarin, and in fact even Spanish, which have more mother-tongue speakers than English. But from the point of view of what language one needs to be competitive in the scholarly and business world today, English dominates.

In fact, the rise of China as a leading world economic power is helping the spread of English more than it does Mandarin. There are hundreds of millions of speakers of Cantonese, Haka, Hokkien, and other Sinitic languages who learn Mandarin (otherwise known as Putonghua) as the common, official language of China. By my calculations, these Mandarin learners are outnumbered by the multitude of Chinese and other peoples learning English.

A world of many, unequal Englishes

Since the 1950s, even more countries have adopted English as their international language of trade and scholarship. The Indian-born linguist Braj Kachru at the University of Illinois at Urbana-Champaign refers to them as the “Expanding Circle”.

Although Kachru’s typology has its limitations, it captures some of the power dynamics in world English: native-speakers from the Inner Circle claim more authority on English than speakers in the Outer and Expanding circles. They dictate the norms in publishing and international broadcast. They are also less subject to stigmatisation for their grammatical and spoken peculiarities.