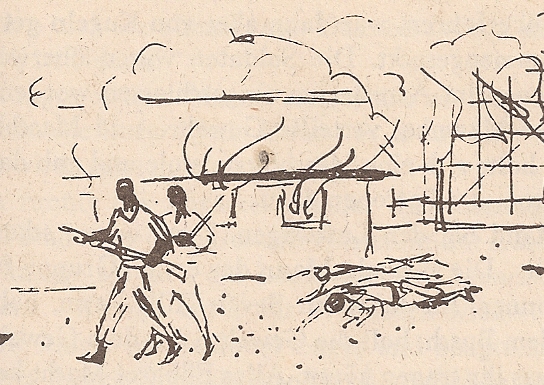 Tim Flack‚ spokesperson for the SA Defence Force Union‚ has laid charges of hate speech against King Goodwill Zwelithini for his remarks about foreigners.

The charges were laid at SA Human Right Commission on Wednesday, 15 April 2015.

Three weeks ago‚ King Zwelithini said foreigners must go back to where they came from. “We are requesting those who come from outside to please go back to their countries.”

He denied the statement until media replayed a recording of it widely. Then the king defended his statement‚ saying the media “misinterpreted his words and distorts them to sell newspapers”.

In the past week‚ at least five people have been killed in xenophobic violence in Durban-townships‚ with the violence spreading to Primrose-township near Germiston‚ East of Johannesburg last night.

Foreigners are currently being evacuated out of Primrose-area with the help of the Gauteng police.

Flack laid the charges in his personal capacity with the support of the union. He said that political leaders have done little to stop the violence and people complaining about Xenophobia on social media were ineffective.

Flack said: “Twitter activists are playing hairdryer politics. I decided to do something. The king needs to account and be charged for inciting this violence.”

The Constitution protects freedom of speech but does not protect hate speech. Hate speech is defined as “propaganda for war; incitement of imminent violence; or advocacy of hatred that is based on race‚ ethnicity‚ gender or religion‚ and that constitutes incitement to cause harm“.

On Thursday [16 April 2015] a peace-march is taking place in Durban led by KwaZulu-Natal premier Senzo Mchunu and eThekwini-mayor James Nxumalo.

President Zuma is expected to speak about xenophobia in parliament on Thursday [16 April 2015].