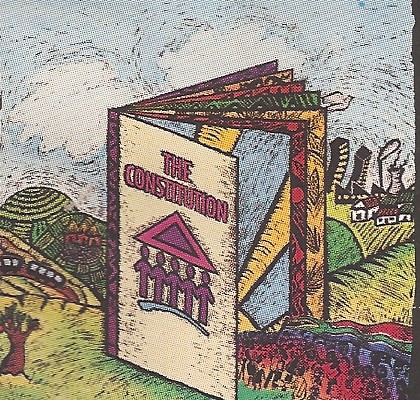 The Farlam Commission of Inquiry, the “Marikana-Commission”, was appointed on 26 August 2012 to investigate matters of public‚ national and international concern arising out of the incidents at the Lonmin Mine in Marikana‚ Rustenburg in the North-West province‚ during 11 to 16 August 2012 where about 44 people lost their lives and many others were injured and accused.

The Marikana-Commission was tasked with enquiring into and making findings and recommendations concerning the conduct of Lonmin Plc‚ the South African Police Service (SAPS)‚ the Association of Mineworkers and Construction Union (AMCU)‚ the National Union of Mineworkers (NUM)‚ the Department of Mineral Resources (DMR) and other government departments‚ as well as individuals and groupings.

The main findings and recommendations can be summarized as follows*:

The Commission has found that Lonmin did not use its best endeavours to resolve the disputes that arose between itself and its workers who participated in the unprotected strike on the one hand and between the strikers and those workers who did not participate in the strike.

It also did not respond appropriately to the threat of‚ and the outbreak of violence.

Lonmin also failed to employ sufficient safeguards and measures to ensure the safety of its employees.

Lonmin also insisted that its employees who were not striking should come to work‚ despite the fact that it knew that it was not in a position to protect them from attacks by strikers.

The Commission also criticized Lonmin’s implementation of undertakings with regards to the Social and Labour plans.

The Commission has found that officials of AMCU did not exercise effective control over AMCU members and supporters in ensuring that their conduct was lawful and did not endanger the lives of others.

They sang provocative songs and made inflammatory remarks‚ which tended to aggravate an already volatile situation.

The Commission also noted that the President of AMCU‚ Mr Joseph Mathunjwa‚ did his best before the shootings to persuade the strikers to lay down their arms and leave the site.

The National Union of Mineworkers did not exercise its best endeavours to resolve the dispute between itself and the strikers.

The NUM wrongly advised Rock-Drill Operators that no negotiations with Lonmin were possible until the end of the 2 year wage-agreement.

The union also did not take the initiative to persuade and enable Lonmin to speak to the workers.

The NUM also failed to exercise effective control over its membership in ensuring that their conduct was lawful and did not endanger the lives of others.

It encouraged and assisted non-striking workers to go to the shafts in circumstances where there was a real danger that they would be killed or injured by armed strikers.

Individual strikers and loose groupings of strikers promoted a situation of conflict and confrontation which gave rise‚ directly or indirectly‚ to the deaths of Lonmin’s security guards and non-striking workers‚ and endangered the lives of the non-striking workers who were not injured.

The Counsel for Injured and Arrested Persons alleged that Mr Cyril Ramaphosa is the cause of the Marikana-massacre and that he must be held accountable for the death of 34 miners.

The Commission has found that it cannot be said that Mr Ramaphosa was the cause of the massacre‚ and the accusations against him are groundless.

The Counsel for Injured and Arrested Persons alleged that Mr Mthethwa is the cause of the Marikana-massacre and that he must be held accountable for the death of 34 miners.

The Commission found that the Executive played no role in the decision of the police to implement the tactical option on 16 August 2012‚ if the strikers did not lay down their arms‚ which led to the deaths of the 34 persons.

FINDINGS IN RESPECT OF MINISTER SHABANGU

The Counsel for Injured and Arrested Persons submitted that Minister Shabangu should be prosecuted on charges of corruption and perjury.

No findings were made against Minister Shabangu.

FINDINGS AGAINST THE POLICE

In respect of the incident of 16 August 2012‚ the Commission found that the Police drew up an operational plan which entailed the encirclement of a relatively small group of strikers‚ who would be at the venue early in the morning.

The strategy entailed encircling the strikers with barbed wire‚ and offering them an exit-point through which they would need to move while handing over their weapons.

This phase was only capable of being implemented early in the morning when there was a relatively small number of strikers. Attempts were also made to negotiate with the strikers by the police.

The encirclement-plan was replaced by the tactical option which was defective in a number of respects.

The tactical option was implemented at about 15h40 on that day‚ resulting in the death of strikers in scene 1 and scene 2.

The Commission found that the police-operation should not have taken place on 16 August because of the defects in the plan.

The Commission has found that it would have been impossible to disarm and disperse the strikers without significant bloodshed‚ on the afternoon of the 16th of August.

The police should have waited until the following day‚ when the original encirclement-plan‚ which was substantially risk free‚ could have been implemented.

The Commission also found that the decision that the strikers would be forcibly removed from the site by the police on 16 August if they did not voluntarily lay down their arms‚ was not taken by the tactical commanders on the ground.

The decision was instead taken by Lieutenant-General Mbombo‚ the North-West Police Commissioner‚ and was endorsed by the SAPS leadership at an extraordinary session of the National Management Forum.

The Commission also found that the operation should have been stopped after the shooting at scene 1 and that there was also a complete lack of command and control at scene 2.

The Commission has also questioned the conduct of the police-management during the inquiry.

The Police-leadership did not initially disclose to the Commission‚ the fact that the original plan was not capable of being implemented on the first date and that it had been abandoned.

In addition‚ police-leadership did not inform the Commission that the decision to go ahead with the tactical option‚ if the strikers did not voluntarily lay down their arms and disperse‚ was taken at the National Management Forum meeting on 15 August. Instead‚ they informed the Commission that this decision was taken on the 16th of August‚ and only after the situation had escalated.

The Commission has also raised serious concern that there was a delay of about an hour in getting medical assistance to the strikers who were injured at scene 1‚ and asserts that at least one striker might have survived if he had been treated timeously.

The Commission recommends that Lonmin’s failure to comply with the housing obligations under the Social and Labour Plans should be drawn to the attention of the Department of Mineral Resources‚ which should take steps to enforce the performance of these obligations by Lonmin.

The Commission has recommended that a Panel of Experts be appointed‚ comprising:

This panel should‚ amongst others:

In Public Order Policing situations‚ operational decisions must be made by an officer in overall command‚ with recent and relevant training‚ skills and experience in public order policing.

All radio-communications should be recorded and the recordings should be preserved.

Plans for Public Order Policing operations should identify the means of communication which SAPS members will use to communicate with one another.

A protocol should be developed and implemented for communication in large operations including alternative mechanisms‚ where the available radio system is such that it will not provide adequate means of communication.

The SAPS should review the adequacy of the training of the members who use specialized equipment such as water-cannons and video-equipment.

All SAPS helicopters should be equipped with functional video-cameras.

In operations where there is a high likelihood of the use of force‚ the plan should include the provision of adequate and speedy first aid to those who are injured.

The commission also emphasizes that all police officers should be trained in basic first-aid.

There should be a clear protocol which states that SAPS members with first aid training‚ who are at the scene of an incident where first aid is required‚ should administer first-aid.

Specialist firearm-officers should receive additional training in the basic first-aid skill needed to deal with gunshot-wounds.

The Commission adds that the recommendations by the National Planning Commission‚ for the demilitarization and professionalizing of the SAPS‚ should be implemented as a matter of priority.

With regards to accountability‚ where a police operation and its consequences have been controversial‚ requiring further investigation‚ the Minister and the National Commissioner should take care when making public-statements or addressing members of the SAPS. They should not say anything which might have the effect of ‘closing the ranks’ or discourage members who are aware of inappropriate actions‚ from disclosing what they know.

The standing orders should more clearly require a full audit trail and an adequate recording of police operations.

The SAPS and its members should accept that they have a duty of public accountability and truth-telling‚ because they exercise force on behalf of all South Africans‚ the Commission states.

The staffing and resourcing of the Independent Police Investigations Directorate (IPID) should be reviewed to ensure that it is able to carry out its functions effectively.

The Commission recommends a full investigation‚ under the direction of the Director of Public Prosecutions in North-West‚ with a view to ascertaining criminal liability on the part of all members of the SAPS who were involved in the incidents at scene 1 and 2.

For the purposes of the investigation‚ a team should be appointed‚ headed by a Senior State Advocate‚ together with independent experts in the reconstruction of crime scenes‚ expert ballistic and forensic pathologist-practitioners and Senior Investigators from IPID‚ and any such further experts as may be necessary.

The Commission also recommends that all the killings and assaults that took place between 11 and 15 August 2012‚ should be referred to the Director of Public Prosecutions‚ for further investigation and to determine whether there is a basis for prosecution.

The Commission states that the propensity in South Africa presently for the carrying of sharp instruments and firearms and the associated violence even in service delivery protests‚ requires the strict enforcement of the laws that prohibit such conduct.

It pointed out that the Lonmin workers can be seen very clearly on videos and photographs in possession of dangerous weapons at the public gatherings or in public places.

The Commission has thus called for a further investigation of offences‚ in terms of the Regulation of Gatherings Act and the Possession of Dangerous Weapons Act.

ACTIONS TO BE TAKEN BY THE PRESIDENT

The affected Ministers will study the Commission report and advise the President on the implementation of the recommendations.

President Zuma reports [25.06.2015] that he has written to the National Commissioner to inform her of the recommendations pertaining to her.

The Minister of Police will, as President Zuma reports, inform the former North-West Police Commissioner on matters affecting her.