Sobering – if not alarming 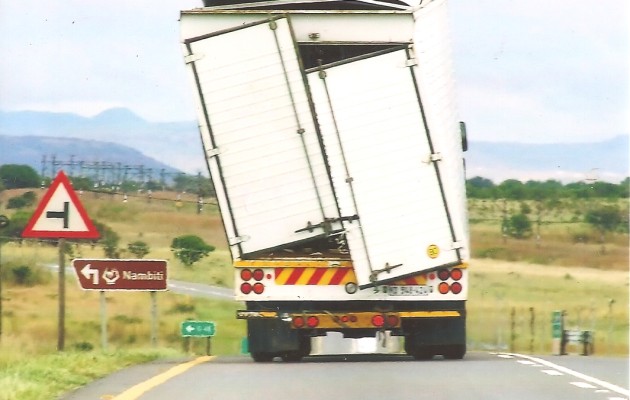 „20 Years Democracy in South Africa“ – Sobering if not alarming is the result when the situation in „new“ South Africa is looked into somehow closer and examined as to how far the country and the people are already on „the long walk to freedom“.

Almost in every respect South Africa – the „new“ South Africa – has in the meantime – to put it in the words of Neville Alexander –  become “a country like any other”.

Provisions and laws that have improved society in almost every respect and have blessed the country a new and more amicable face, stand side by side with faulty developments and numerous omissions that are a burden on day-to-day life and would soon make peaceful co-existence even more difficult.

Interim-assessment and course-correction is overdue. How is it going on with Truth and Justice in „new“ South Africa?  What matters essentially? What ought to be?

A few observations and a few hints on that score:

–              People that have landed on the margins – homeless people and others – are increasingly seldom listened to.

Must homeless people [for example AbaHlali baseMjondolo] often have to achieve certain concessions and attain their rights ultimately in court? Where is responsible political initiative with far-sight and empathy?

–              Violence by state agents occurs increasingly often, would be avoidable and is very often inappropriate; it undermines the civil attempts to promote non-violent practices to resolve conflicts, endangers social peace and erodes the rule of law.

Must police-officers carry military-titles [General, Brigadier, Lieutenant …]? Should the training and the in-service-training of the police not be concerned with non-violent competence rather than with the handling of military-related killing instruments? Demonstrators should under no circumstances be shot at!

–              Multilingualism stands to be sacrificed to short-sighted economic interests.

Must a learner at primary-school in a multilingual society be expected to primarily communicate at home and elsewhere in only one of the altogether 11 “official” languages (namely English), if she or he were to cope with the standard requirements at school and later at work?

–              South Africa’s new image as a democracy committed to upholding and implementing human rights, might soon be irreversibly distorted on grounds of economic-political calculation.

Must economic-political interests be given priority so much that the commitment for valuing and implementing human rights is let down? Desmond Tutu had to celebrate his 80th birthday in the absence of one of the guests he had invited – Dalai Lama.  One cannot but be in a thoughtful mood.

What was once negotiated, agreed upon and laid down, stands to prove its worth in day-to-day life. Even the best of all constitutions and government-programs remains viable and worthwhile only if and as long as it remains open for constructive criticism, public debate and readjustment.

Kommentare zu »Sobering – if not alarming«