A Church of Strangers 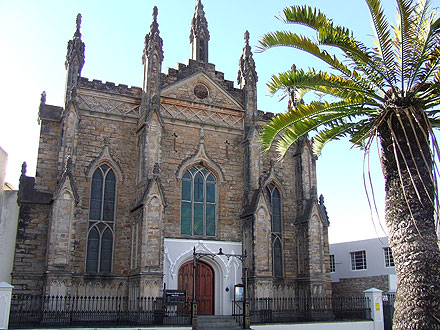 To the Glory of God ?

A Church of Strangers: The Universal Church of the Kingdom of God (UCKG) in Durban, South Africa. Cambridge University Press. Africa series.

The Universal Church of the Kingdom of God (UCKG), a church of Brazilian origin, has been enormously successful in establishing branches and attracting followers in post-apartheid South Africa. Unlike other Pentecostal Charismatic churches (PCCs), the UCKG insists that relationships with God be devoid of ‘emotions’, that socialization between members be kept to a minimum and that charity and fellowship are ‘useless’ in materializing God’s blessings. Instead, the UCKG urges members to sacrifice large sums of money to God for delivering wealth, health, social harmony and happiness. While outsiders condemn these rituals as empty or manipulative, this book shows that they are locally meaningful, demand sincerity to work, have limits and are informed by local ideas about human bodies, agency and ontological balance. As an ethnography of people rather than of institutions, this book offers fresh insights into the mass PCC movement that has swept across Africa since the early 1990s.

Ilana van Wyk (2014). The Universal Church of the Kingdom of God: A church of strangers.

ILANA VAN WYK Researcher HUMA UCT Cape Town. Her current research focuses on the intersections between religion and money; she works on new forms of Christianity, in particular prosperity-gospel and Pentecostal Charismatic Churches, and on the South African Lottery.

Kommentare zu »A Church of Strangers«