July 18 – Discussions on and around `Nelson Mandela Day´ 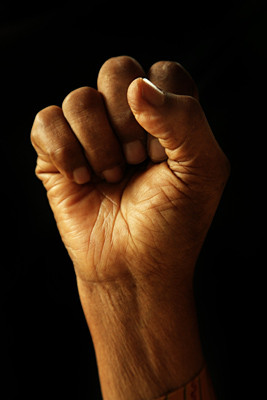 On 18 July – the day Nelson Mandela was born – the United Nations [UN] joins a call by the Nelson Mandela Foundation to devote 67 minutes of time to helping others, as a way to mark Nelson Mandela International Day. Amanda Gouws* observes the public discussion and debates centered around `Nelson Mandela Day´ in South Africa and shares her views in the following contribution:

There is a debate in South Africa about who Nelson Mandela belongs to, as though he were the property of anyone, a political party or a faction of the African National Congress.

Added to that, there is a new generation of young people – the “born frees” who have not lived under apartheid – who now reject the political pacts he made during negotiations to end minority white domination. They see his compromises as selling out, entrenching white privilege and failing the black majority.

Three issues that are important to think about are the problems inherent in liberalism, gender-oppression and precarious living conditions for the majority of South Africans.

The limits of liberalism

The parties that negotiated the final constitution and the form of South Africa’s democracy between 1991 and 1994 made democratic pacts or compromises that constituted a liberal democracy, with many civil liberties and human rights embodied in the constitution.

The constitution, for example, includes 17 grounds for no discrimination of which `race´, gender and sexual orientation are three, making it one of the most progressive constitutions in the world.

The problem with liberalism is that it focuses on the individual and individual rights, not the community. But people live in communities and not as atomistic individuals without social relations. This is specifically relevant for those of us who adhere to the philosophy of UbuNtu– that you are a human-being through your relationship with other human-beings.

Liberalism also embodies Cartesian dualism – the distinction between mind and body. This means that we have to think of mind and body as two separate entities that do not affect each other. It also means that the mind is abstracted from the body and viewed as superior to the body.

The founding provisions of the constitution state that South Africa is a non-racial, non-sexist democracy that values human dignity. But much too many people in South African are neither non-racial, or non-sexist. Putting the body and experience at the centre is actually a feminist strategy. Feminists were among the first to argue that the “personal is political”.

The student-campaigns have also put the notion of intersectional feminism centre stage, where intersectionality means the dynamic relationship of interlocking oppressions of gender, `race´, class and other markers of identity. Young women, the majority of them black, are at the forefront to say that second-class citizenship for women is not acceptable. Women students have said they will no longer tolerate a “rape culture” – a `culture´ in which women are objectified, sexually harassed, disrespected and unsafe.

Women-students were prepared to use their bodies in topless marches to bring the point across that women should be able to walk the streets, even when they are topless, without being harassed. They embody the struggles against sexism, homophobia, the harassment of members of the lesbian, gay, bisexual, transgender, intersex and questioning (LGBTIQ) community and gender-based violence.

Presently South Africa has one of the highest levels of gender-based violence in the world and women are still discriminated against at work and everywhere. Also, women bear the brunt of HIV infection, while those in the rural areas are often exposed to harmful cultural practices such as ukuThwala and virginity-testing.

We live in what can be called precarious times. The world is an unstable place with thousands migrating from the Middle East to Europe, where urban terror has increased. The global economy is wreaking havoc with those living in developing countries and xenophobic violence is on the increase everywhere.

Judith Butler, the American feminist theorist, talks about precarious lives, where conditions of uncertainty mean that through violence, uncertain income or no income and inequality, many are never sure that they may survive another day. Apartheid South Africa was the cause of precarious lives for most black South Africans. The operation of law was precarious and more often than not did not result in justice.

Conditions of precariousness in South Africa are fuelled by the lack of moral authority in our political leadership. This can be viewed in the treatment of the Public Protector’s findings on the misappropriation of funds for the president’s private home at Nkandla, as well as forms of censorship exercised by the South African Broadcasting Corporation.

South Africans will have to reimagine the possibility of community if they want to live together peacefully in this country. They have to start in a sense, as Butler says, with the questions: who counts as human? Whose lives count as lives? What makes for a liveable and a grievable life?

South Africans need to think back and remember that point of embracing the constitution 20 years ago. They have to continue to understand the impetus of reconciliation that is embodied in the constitution. They cannot afford to forget this – and they owe it to Mandela, who supported a version of liberalism that is inclusive and accepting of diversity, not to do so. He was a man who believed in all forms of equality – be it `race´ or gender or other forms of identity. And he worked towards ending precarious conditions.

In these efforts all South Africans have a role to play.

*Amanda Gouws, Professor of Political Science, Stellenbosch University. This is a shortened, edited version of a keynote address delivered at the Nelson Mandela Colloquium recently.