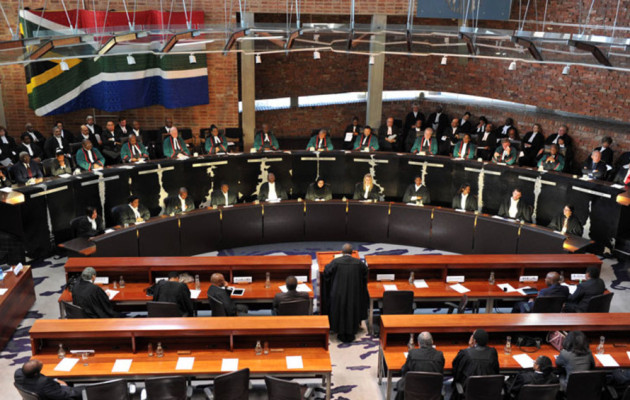 PRETORIA, 31 March 2016. The accountability of public governance in South Africa has come a long way since 1994. When the transitional constitution was hammered out in negotiations in 1993, the primary consideration was to establish an unshakeable commitment to government under law in terms of a binding constitution.

Founded on the “rule of law”, this means that no one is above the law and that everyone is formally equal before the ordinary courts. No-one, not even the president, may take the law into their own hands. One of the founding values of the constitution is the:

… supremacy of the constitution and the rule of law.

The brand of democracy enshrined in the final constitution of 1996 emphasises participation by the people in a multi-party system of democratic government, to achieve “accountability, responsiveness and openness”.

Recognising the democratic deficit that South Africa faced because of the ravages of apartheid, additional mechanisms were introduced to strengthen participative democracy and popular accountability. One of them was the establishment of the office of the Public Protector.

The Constitutional Court’s judgment in Economic Freedom Fighters and Democratic Alliance v The Speaker of the National Assembly, the President and Others represents the exercise of judicial authority and expertise at the highest level by international standards.

The judgment and what it represents

The essence of the judgment is that the president failed in his duty to “uphold, defend and respect” the constitution and that the National Assembly failed in its duty to hold the executive-branch to account. Both did this when they effectively ignored the “remedial action” recommended by the Public Protector in her report on the development of the Nkandla-homestead.

The court thus ordered the president personally to pay a sum of money in respect of non-security features of the homestead, including the chicken-run and the swimming-pool. The actual amount is to be determined by the National Treasury. The court also ordered the president to reprimand cabinet-ministers involved in approving those aspects.

But there is much more in the judgment. This is because the Court has chosen this opportunity to state its unambiguous view of several key aspects of South Africa’s democracy. This included:

• the separation of powers;
• the role of parliament; and
• the critical role of the president in advancing constitutional government.

It also has emphatically endorsed the rule of law as the key foundation-stone of public governance, and that the courts provide the only channel through which constitutional obligations and rights can be determined.

Someone who disagrees with the law or a constitutional ruling, and then refuses to comply with it, attacks the essence of the country’s constitutional democracy, as President Jacob Zuma did here. The court referred to this as a “self-help”-approach.

Several formal aspects of the judgment add to the respect that it deserves: °it is unanimous, delivered powerfully by the chief-justice; °of the 11 justices, only three were not appointed by Zuma; °and the judgment is written in an accessible style so that most people can understand it.

In every sense then, this judgment shows complete fidelity to the constitutional project, embarked on so bravely some 22 years ago.

It has reverberated around the country, indeed internationally, and has been widely welcomed.

The reason for this I’d suggest is that most observers and ordinary citizens have become so used to reports of °the unchecked abuse of power, °corrupt practices °and inefficiencies of service-delivery that they have become cynical about the capacity of the constitution and the courts to expose and declare such misconduct unlawful.

More so, some have even questioned the legitimacy of the constitution and the judiciary, and vilified them as part of the problem. So this judgment represents a massive reaffirmation of the ideals on which our post-apartheid dispensation is based, in the best traditions of the “founding fathers and mothers”.

Much hangs on the ANC’s response

The responses of the governing African National Congress (ANC) will have huge ramifications for its future as majority-government. Zuma’s fate is in its hands. Only a two-thirds majority-vote of the National Assembly can remove him from office. It therefore remains to be seen whether the president has sufficient support within the caucus and the ANC national executive to avoid this.

Whatever happens, his formal authority has been irrevocably weakened by his misconduct highlighted in this judgment, not to mention all his other indiscretions committed over the past 15 years. In such circumstances, desperate measures may be resorted to, and we can expect some form of backlash, including further questioning of judicial authority.

How the ANC resolves this fundamental challenge will resound throughout the country and the continent. If democratic constitutionalism is allowed to take its course, there will be many in power who will need to pause to reflect.

After so much recent disappointment, this is a massive day for democracy, not only in South Africa. Would that it signalled the beginning of a new phase of good government faithful to the constitution, also throughout Africa.