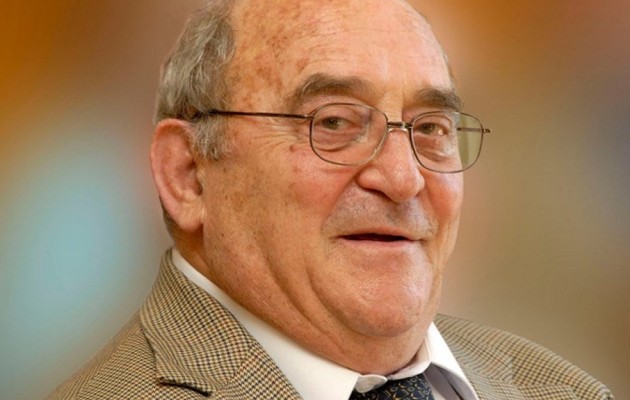 CAPE TOWN, Thursday 24 March 2016: President Jacob Zuma must do what has to be done and step down, African National Congress (ANC)-stalwart and Rivonia-trialist Denis Goldberg said on Wednesday.

“I believe that President Zuma pre-liberation was a hero and after has done magnificent things,” Denis Goldberg said.

“I think for some reason, I’m not sure what it is, he is now caught in a position which sometimes seems to be destroying the very thing he built and helped to build and that’s deeply tragic.”

Goldberg said it was normal to pardon former presidents and this is what he would do if he were Zuma’s successor.

“Years and years in Parliament, years and years as president he’s got a fat pension. He will be looked after for life because he is a former president. He has got nothing to worry about. That’s the reality.”

The ANC-stalwart expressed concern that so many hours and so much money had been spent on defending Zuma and his role in the upgrades to his Nkandla homestead. He said Zuma was fighting a political battle through the courts. Three years ago he should have just said he would pay back the money.

“It’s the lack of political guidance and leadership from the president, who is the number one leader, that puzzles me and worries me, and therefore there is a need for renewed leadership.”

Renewing the ANC and its leadership before the local government elections would have a positive effect on the party and would see many supporters returning. Goldberg’s comments followed a turbulent week for the ANC, as allegations surfaced that the politically connected Gupta family was influencing Cabinet appointments.

The public and some members of the ruling party called for the ANC’s national executive committee to act against Zuma following revelations by Deputy Finance Minister Mcebisi Jonas and former MP Vytjie Mentor that the Guptas had offered them Cabinet positions.

The Sunday Times reported that Zuma called former government spokesperson Themba Maseko and asked him to help the Guptas, prior to Maseko attending a meeting with them in their Saxonwold, Johannesburg home.

Goldberg was not the first ANC veteran to call for Zuma to step down for the sake of the party, or express concern about the state it was in.

Goldberg questioned why Zuma was consulting the family on Cabinet positions and if he was not, why had he not denied it.

“If you don’t consult the Guptas tell us you don’t. But he doesn’t say that.

“He just says he appoints the Cabinet, which is constitutionally correct, with an evasion of the question.

The whole world is asking, not just South Africans. These are the issues and this is my concern about the damage being done to the ANC.”

The situation reminded him of late former police commissioner Jackie Selebi and his relationship with convicted drug dealer Glenn Agliotti. “Selebi had a relationship with a known gangster, a Mafioso, and says ‘he’s my friend finish and klaar’. How can you be friends with such people? What is the pattern in our lives today where you just have friends who are suspect and the whole world suspects them, not just the political opposition, but within the ANC itself?” said Goldberg.

He said his intention was not to attack Zuma, but to help rebuild the ANC.