Queries, débâcle, … and the economy 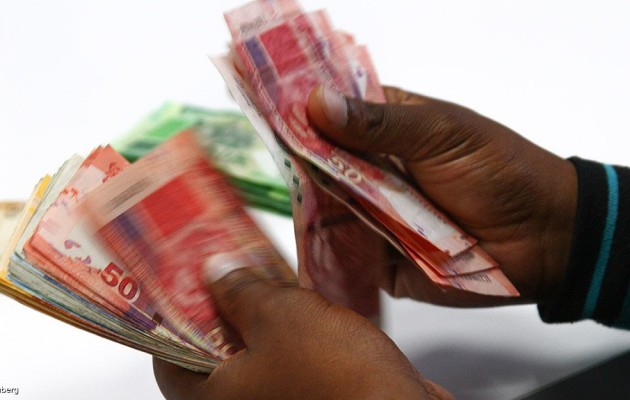 In a potentially seminal moment in the ongoing débâcle in South Africa’s politics, the country’s Deputy Finance Minister Mcebisi Jonas has issued an extraordinary public statement in which he attests to the fact that a business-group close to President Jacob Zuma offered him the job of finance minister late last year. The Guptas – an expat Indian family with wide-ranging business interests spanning tech, mining, uranium and the media – now lie at the heart of the country’s political economy. Richard Calland* explains the unfolding drama and what it means for the governing African National Congress [ANC]:

CAPE TOWN, 17.03.2016: South Africa’s political landscape is shifting almost by the hour. The gloves are off in a power struggle that pits President Jacob Zuma against a group of reformers, led by Finance Minister Pravin Gordhan. It is a high-stakes drama that has profound, long-term implications for the country’s beleaguered economy at a time when the international rating agencies are circling, smelling blood.

In a potentially seminal moment in this row, Deputy Finance Minister Mcebisi Jonas has issued an extraordinary public statement. In it he attests to the fact that a business-group close to President Zuma offered him the job of finance minister late last year.

At the heart of the political economy that now surrounds President Zuma, and which Gordhan has now set out his stall to confront, lies the Guptas – an expat Indian family with wide-ranging business interests spanning tech, mining, uranium and the media.

Jonas’ statement said he was contacted by the Guptas and offered Nhlanhla Nene’s job after Zuma summarily dismissed the respected finance minister and replaced him with a rank non-entity African National Congress backbencher, David van Rooyen, on December 9 last year. The event was so shocking that local reporters and commentators now refer to it as “9/12”.

Jonas says he declined the offer out of hand on the basis that only the president has the constitutional authority to appoint cabinet ministers.

In response to Jonas’ statement, the Council for the Advancement of the South African Constitution, a constitutional rights advocacy group, noted that the revelation showed the extent to which South Africa’s constitutional project is under threat from a patronage network that has grown ever more insidious since Jacob Zuma came to power in 2009.

Like Brazil and Russia, South Africa’s ANC-led government has struggled to offer convincing evidence that it has not run out of ideas in the fight against structural economic constraints.

These limit the prospects for the growth needed to reduce poverty and inequality.

This growing gap between haves and have-nots threatens stability and adds to the sense of socioeconomic precariousness and racial unease that permeate the public discourse in Africa’s second-biggest economy.

So, in recent years, the international investment community and other market analysts have looked on as South Africa dug itself ever deeper into a rut. What, they asked, might be the stick of dynamite that could propel it ahead of other emerging market economies?

The answer came, ironically, from Zuma himself. Regarded as a very large part of the problem because he has allowed himself to be captured by vested commercial interests, such as the Guptas, it was Jacob Zuma who dropped the bombshell on 9/12. The ripple effects will be felt for a long time to come.

First, it woke up the “silent majority” within the ANC’s moderate middle and social democratic left. Asked on the evening of Nene’s dismissal what the ANC thought of the decision, ANC secretary-general Gwede Mantashe sullenly replied: The ANC has no comment because the ANC was not consulted.

This was the first of a number of seminal, game-changing moments that have followed.

Mantashe, a key powerbroker within the governing party, and key to the organisational structures and power that will determine who succeeds Zuma, was furious. It was immediately apparent that Zuma had made an enormous political error of judgement.

Never mind the reaction of the markets, which for the remaining two days of that tumultuous week battered the rand and South African bonds. Zuma had committed a cardinal sin. He had failed to consult with the fellow leaders of his own party. This error of judgement revealed just how desperate he was to please his benefactors and serve his own interests ahead of those of the country or his party.

Nene had stood up to Zuma on a number of highly controversial issues. These included restructuring and governance of state-owned airline South African Airways and the procurement of nuclear power where Zuma or his relatives or friends, such as the Guptas, have vested interests that need protection.

As a result Nene was fired and replaced by a political weakling who would be beholden to Zuma and, apparently, the Guptas. On his first and – so it would turn out – only day in the National Treasury, van Rooyen turned up with two advisors in the pay of the Gupta-family.

Within four days Zuma had been forced to replace van Rooyen with Gordhan, who served as finance minister during Zuma’s first administration between 2009 and 2014. Senior ANC leaders, such as Mantashe and the increasingly influential treasurer-general of the ANC, Zweli Mkhize, had made representations to Zuma and told him directly that what he had done was politically impossible.

Thus, Gordhan returned to National Treasury with far stronger political backing than previously. He is all but unsackable. Going into the new year, there was only one question in everyone’s mind.

Who runs the government: the president or finance minister?

Within minutes of President Zuma’s State of the Nation address on February 11, the answer was clear: Treasury was back at the helm.

Gordhan’s budget speech that followed shortly afterwards was a political masterpiece. He managed to do enough to suggest that South Africa will avoid a rating agency downgrade to junk status – at least until December. He also offered glimpses of the sort of innovation now required to propel a stubbornly sluggish economy towards growth.

It was also an act of political leadership. Gordhan drew a line in the sand. He made it clear that the governance of state-owned enterprises would be reformed and new rules brought in to prevent “predatory” attempts to capture state institutions for the purposes of self-enrichment.

In response, Zuma resorted to type. He reignited an old investigation into a so-called “rogue” unit that was established by the South African Revenue Service while Gordhan was commissioner more than a decade ago. Using his loyal placemen at the revenue services and The Hawks – a specialist investigative unit within the police – Zuma has waged a proxy war against Gordhan for nearly a month now.

Gordhan is up for the fight: that much is clear. He has refused to answer the 27 questions that The Hawks sent to him until he was ready to do so, refusing to be distracted from either his preparations for the budget nor his whirlwind roadshow in which he met investors, fund managers and market analysts in London, New York and Boston. This was clearly a blatant attempt to undermine his authority and reputation and weaken him.

It is easy to understand why. Gordhan has emerged as the head of a reformist, progressive consortium within the government and the ANC that is determined to resurrect traditional ANC values and save the government from Zuma’s basest tendencies.

In another seminal moment, when the The Hawks leaked information about their investigation of Gordhan two days after the budget speech, Mantashe responded with unusual speed. He provided a public statement of unequivocal support for Gordhan, which further suggested that the balance of power was shifting away from Zuma.

ANC is walking a tightrope

But in this high-stakes game of chicken, both sides have to step carefully along the tightrope that lies ahead of them towards the ANC’s national conference at the end of 2017.

Any misstep could lead to disaster. If Zuma refuses to give ground, Gordhan may have to resign or push harder, forcing Zuma into a corner where he may be forced to lash out – causing even more collateral damage.

If Zuma pushes back too hard against Gordhan, or fires him, then Mantashe and Mhkize may have to lead a full revolt against Zuma that would lead to his “recall”. This is the fate that befell former president Thabo Mbeki in September 2008, when the ANC’s national executive committee ruthlessly decided that Mbeki should resign the presidency after a High Court judgment suggested that he had interfered in the prosecution of Zuma himself.

The charges against Zuma were suddenly dropped in March 2009, a month before he was elected president. This decision is currently before the courts. A decision against Zuma would be another wound in his side.

With municipal elections to be held in the middle of the year, and ANC electoral hegemony likely to be challenged for the first time in important cities such as Johannesburg, Pretoria and Port Elizabeth, it may be that the ANC’s leadership will have to face the unpleasant prospect of removing Zuma ahead of the end of his term – as ANC president in 2017, and of the country in 2019.

Zuma will fight to the very end. That much is clear. Jonas’ own act of principled leadership is a further milestone in a gripping political narrative and adds significantly to the case against Zuma.

If Gordhan can prevail over Zuma, then the handbrake will be released. At last there are grounds for optimism that the drift and degradation that have been the hallmarks of Zuma’s years in office can be arrested, and that South African politics can enter a new phase – with far better prospects for governance and the economy.