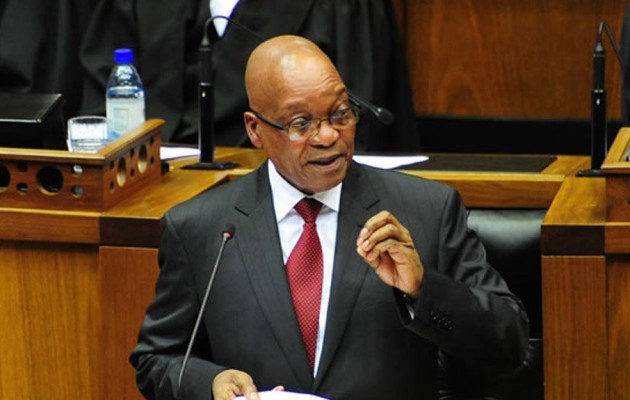 State of the Nation Address 2016

CAPE TOWN, 11.02.2016: President Jacob Zuma delivered his annual State of the Nation address in the country’s parliament a few minutes ago. After more than an hour of disruptions and interruptions, mostly by members of the opposition Economic Freedom Fighters, Zuma finally got down to business. Or did he?
Thabo Leshilo and Tsholofelo Semenya put some questions to Professor Susan Booysen*:

Taking off your professional hat for a moment, what did you make of Zuma’s speech as a citizen?

The Economic Freedom Fighters in some ways lived up to expectations and provided the entertainment.

What do you think of the substance of Zuma’s speech?

There was really no meat around the bone. It felt like he made many old announcements, talking about things we already know about. And MPs applauded around issues of history – things South Africans have known already for a year or two. It was canned applause.

There was no urgency, no enthusiasm. If things are going to be done differently (in future), the speech didn’t put that across. Zuma repeatedly said “we must look at it” and “we must do”, or “there is a task team, there is a commission”. We are beyond that time of deliberation. We need action.

It’s been the standard fallback of the Zuma years – “we’re busy” – but the action is not there.

I was monitoring the rand/dollar exchange rate during the course of the speech. It was R15.69 to the dollar when he started. By the time he finished it was R15.84. That’s not huge, but it almost reflects the speech. There wasn’t wild enthusiasm, a sense that we’re getting the answers we’ve waited for – or that things are going to turn around.

The #FeesMustFall-movement and student protests were mentioned just once in the speech, and only briefly. This angered people on Twitter, with some saying the protests had brought government to its knees and Zuma barely mentioned them. What did you think?

To be frank, I was shocked at the lack of recognition for that huge and ongoing moment. It forced the government to implement existing policy and to somewhat change policy. It had deeper repercussions; (it opened up issues of) deeper transformation and the anger of young people.

I don’t think government was quite brought to its knees, but its knees were bending. It really is an ongoing moment.

Local government elections are coming up later this year. How does the governing African National Congress (ANC) look in those polls, considering how important they are?

The ANC has never in its 22 years in power looked as weak as it does at the moment. It looks weak as a governing party. It is riven by factions. There are wars at local level. There is such discontent in the ANC.
These elections will be about building hope, and about making sure that citizens and voters still feel the ANC can bring them that hope as the liberation party.

This was not a moment of generating hope.