The „Nkandla“-Débâcle: Solution seemingly in Sight 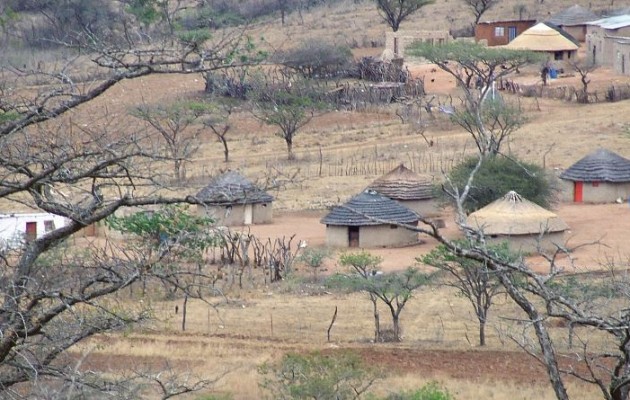 JOHANNESBURG, 09.02.2016: In an extraordinary string of concessions, President Jacob Zuma’s lawyer told the Constitutional Court on Tuesday that he accepted not only that the Public Protector’s findings against him in the Nkandla scandal were binding, but that the police minister’s conflicting report on the subject was meaningless.

“We accept that the president is required to carry out remedial action. The Public Protector’s report has to be complied with,” Jeremy Gauntlett told the court.

Gauntlett added that Zuma placed no reliance whatsoever on Police Minister Nathi Nhleko’s controversial parallel report on Nkandla that found that he did not owe the state a cent for luxuries added to his house, notably a swimming pool and cattle kraal. That report was driven through Parliament by the African National Congress (ANC) majority, and prompted opposition parties to go to court to enforce Madonsela’s findings.

Chief Justice Mogoeng Mogoeng asked what part of the Economic Freedom Fighters (EFF) and Democratic Alliance’s (DA’s) arguments the president did not agree with then, given these concessions.

Gauntlett replied that there was recurring “flirtation” in arguments by the two opposition parties as well as the submissions by Madonsela’s lawyer, that in fact the benefits that accrued to the president went well beyond the five items Madonsela flagged as non-security items.

This list of five, which included the swimming pool and kraal, were the only items for which Madonsela had sought to hold the president liable in her report “Secure in Comfort”.

Gauntlett also took issue with inferences by lawyers acting for the Economic Freedom Fighters and the Democratic Alliance that Zuma had acted in bad faith when he ignored Madonsela’s directives.

Earlier, Wim Trengove, for the EFF, said Zuma had flagrantly breached the law and the obligation on him to uphold the Constitution in order to hold on to “ill-gotten wealth”.

The EFF and the DA, in separate applications, have asked the Constitutional Court to rule that the failure to comply with the remedial action set out by Madonsela constituted a breach of constitutional duties by both Zuma and the National Assembly.

With a nod to upcoming local government elections, Gauntlett pleaded that this could put the president at risk of impeachment.

“This is a delicate time in a dangerous year,” Gauntlett told the eleven justices who are hearing the case.

“It would be wrong if this court maked a ruling which might result in a call for impeachment. The DA and EFF may try to impeach. Some have argued that the president was defiant…but it was an error in law,” he said.

He told the court earlier that direct access to the court for the applicants was in the court’s hands and that he had nothing to add to the matter.

In 2014, the Public Protector identified a cattle-kraal, chicken-run, amphitheatre, visitor-centre and a swimming-pool as `non-security features´ for which Zuma should pay a reasonable amount back to the State.

In a surprising move last week, Zuma offered to pay a portion of the money, the sum of which would be determined with the help of the Auditor General and the Treasury.

The DA and the EFF have since rejected Zuma’s offer and committed to proceed with the court hearings. The parties want the court to make a ruling on Madonsela’s powers. The hearing continues.