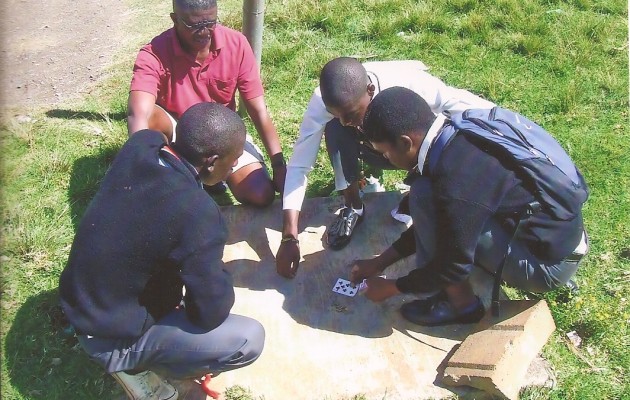 [JOHANNESBURG, 21 October 2015] Students in South Africa are crying out loudly for free university education. Has their dream been realised elsewhere? The answer is yes: in many European countries, for example. Public universities in Brazil, a country with which South Africa closely identifies, are also free.

Could a potential solution to South Africa’s tertiary fees crisis be found in some of Italy’s private universities? These institutions have implemented a sliding fee scale that is set using a student’s total household income. I speak from experience here, having benefited from such a scheme at the private university I attended in Italy.

The income-based tuition fee system considers the broader financial situation of a student’s entire household. For instance, universities using this system look at:
• the income of all the members of the student’s household. Most attention is paid to parents’ income, but administrators also look at how much or little siblings and dependants are earning;
• the number and type of properties owned by a student’s household; and
• investments, shares and any other source of income.

There’s another nuance to the Italian sliding scale model. Let’s say two students both fall into category two, for example. One’s household is composed of four members; the other has five people living at home. The second student will pay slightly lower fees than the first one.
The idea here is that if the same annual income has to financially support more family members, then the fees should be lowered by the corresponding relative amount.

For the South African context

This system would need to be refined a little to be applied in South Africa, which is one of the world’s most unequal societies. To better reflect this inequality, I’d suggest that categories should be divided in a more granular way at the very bottom and very top of the income scale.

In this way the load of higher education expenses will be divided more equally among households of different income. Richer people will pay more than the poorer.

There is also another issue to consider: how much do university fees impact on the total annual income of the household? My own experience as an undergraduate student was that my fees constituted something like 10-15% of the family’s annual income. So it was tough, but still affordable.

This is the problem in South Africa: if a student’s mother is the sole breadwinner and works as a cleaner earning R3000 a month after tax, tuition fees of R40,000 a year are 100% of her annual income. A student whose father works at a financial firm and earns R1,000,000 a year after tax will only be spending 4% of the household’s annual income on those tuition fees.

This example doesn’t even take into account the money that’s needed for accommodation, books, food and anything else a student might need.

All according to their means

The “blame game” we’ve seen between the government and university management in the past week is not going to take South Africa anywhere.

We should all consider what is happening on our campuses as an opportunity to make a mark on the path towards a more equal society, to which everybody contributes according to their own means. The Italian model may be one way to make this a reality.