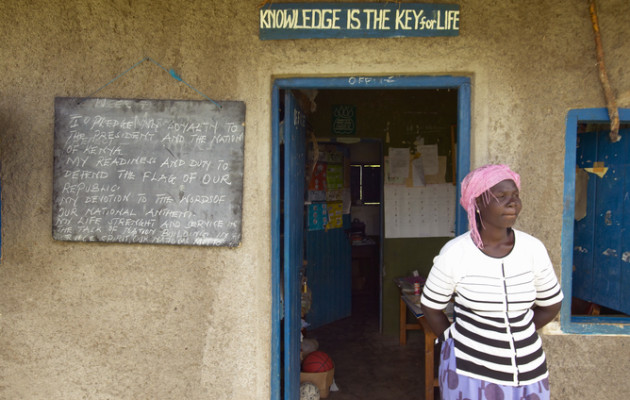 JOHANNESBURG   21 October 2015:  Children struggle to learn when they don’t have science-labs and libraries. Learning becomes difficult in classrooms that are falling apart, or where children are expected to sit on the floor because they have neither desks nor chairs.

A lack of infrastructure is just one contributor to South Africa’s entrenched and ongoing educational inequality. There is another, less frequently discussed issue that is deepening this inequality: access to quality peer-reviewed information.

Such information should be available to all South Africans whether they are school children, university students, researchers or citizen scientists. This will encourage lifelong self-learning. It will spur continued research and innovation. Access to information can bolster education, training, empowerment and human development.

International Open Access Week offers a good opportunity to explore how South Africa can improve its citizens’ access to information.

It has been more than 21 years since apartheid ended, but a distinction remains between South Africa’s “rich” and “poor” universities. One of the reasons for this distinction is the richer institutions’ ability to invest in research resources. They can afford expensive subscriptions to databases which contain a wealth of research – ironically funded by taxpayers’ money.

The `historically disadvantaged´ and predominantly black universities can’t afford such subscriptions. Their academics also can’t contribute to such resources, because authors are expected to pay a fee for the “privilege” of being published.

As university budgets are slashed, even wealthier institutions are beginning to struggle with subscription and publication fee costs.

This problem is not unique to South Africa. Research and academic institutions, funders and governments around the world are beginning to embrace Open Access for publicly funded research. In the internet age, it is possible to tremendously lower the cost associated with publishing.

Open source software has also made it possible to manage quality peer-reviewed research. Sometimes this involves having an article published for the first time in an Open Access journal. This is called Gold Open Access. In other instances, an article may first be published in a limited access journal and a second copy then made available in an institutional repository, a practice called Green Open Access.

The value of this second, open-access copy is that it allows more people to get hold of research being conducted by a particular university or academic. This in turn increases the number of citations an institution receives – and that translates into more money from government research subsidies.

Repositories also play an important role in risk management. Digitally preserving a copy of a research article and its accompanying data sets provides evidence of what was done with research funding. It means the data sets can be reused, which ultimately saves taxpayers’ money because they don’t have to fork out again for repeat data collection.

South African universities are also involved in the open access revolution. Presently, there are 31 institutional repositories in the country. These are used to digitally preserve research articles, theses and dissertations by scholars associated with the relevant institution. Of the 303 scholarly journals accredited by the country’s department of higher education and training, just fewer than half are available as open access.

Eight of the country’s research or academic institutions – including its National Research Foundation – have policies on Open Access to publicly funded research.

Still more to do

All of these are positive developments, but there is much more to be done to truly open up access to research and information in South Africa.

Researchers still have a deeply ingrained preference for publishing in the high-impact, high-profile scholarly journals produced by prominent publishers. This is driven by prestige. If academics have the money to pay the exorbitant author fees, they publish in these journals. These academics’ own universities must then pay again to access research that was conducted using institutional resources and taxpayers’ money.

The next step would be to formalise open access in South Africa and to provide proper guidance in terms of the standards that researchers and research institutions should adhere to. A well-informed national open access policy could be created by learning from what other countries have done. Until now, individual academics and institutions have driven the open access process. This bottom-up approach has its merits, but a push from the top is needed to ensure that we stay on track.

In keeping with this top-down approach, the Department of Higher Education and Training should consider allocating some of the money it generates through accredited journals to funding universities’ open access initiatives.

All South Africans should have access to quality, peer-reviewed, publicly funded research. How else can the country showcase what it has to offer in terms of research? How else can it increase the impact of this research? And how else can we inspire future generations of innovators and thinkers to embark on the research that’s needed to solve the country’s problems?

This article was co-authored by Susan Veldsman, the director of the Scholarly Publishing Unit at the Academy of Science of South Africa (ASSAf) and Ina Smith, the SciELO Planning Manager at ASSAf.

Written by John Butler-Adam, Editor-in-Chief of the South African Journal of Science and Consultant, Vice Principal for Research and Graduate Education, University of Pretoria

This article was originally published on The Conversation. Read the original article.