Jared Sacks: “Jewish resistance to Zionism is on the right side of history” 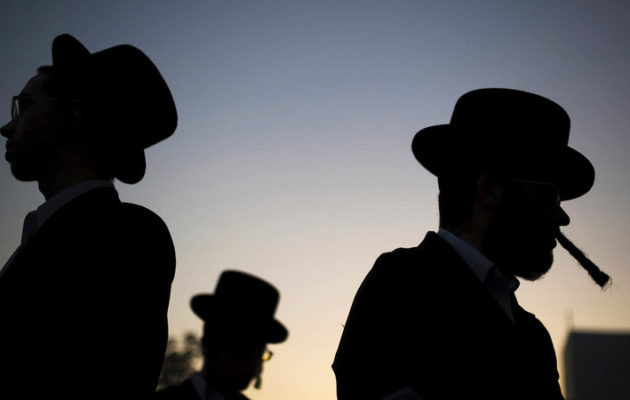 The UCT-Senate’s call to cut ties, not with Israeli jews, but with complicit Israeli universities that have already enshrined discrimination into their mode of being, is nothing but a defence of academic freedom. (Amir Cohen/Reuters)

CAPE TOWN, 24 September 2019: In the University of Cape Town Senate meeting last week, there was a failed attempt to reverse a groundbreaking March resolution put forward by the Academic Freedom Committee (AFC) that “UCT will not enter into any formal relationships with Israeli academic institutions operating in the occupied Palestinian territories as well as other Israeli academic institutions enabling gross human rights violations in the occupied Palestinian territories”.

The SAJBD accrues its relevance by acting as the civil society body that claims to speak for all South African Jews.
It takes a specific Zionist stance on the colonisation and occupation of Palestine, which attempts to absolve Israel for crimes against humanity.

When South African Jews speak out and reject Israel’s crimes, the board of deputies — presented with a challenge to its authority — seems to feel it necessary to respond and delegitimise, not only our stance, but our very Jewish identity.
The board’s recent M&G piece, signed by associate director, David Saks, refers to us as “certain South Africans of Jewish origin” thereby questioning our identity, our current status as Jews. In an opinion piece for the SAJR, SAJBD National Chairperson Shaun Zagnoev refers to me as having a “fictitious Jewish-sounding name”.

Like Israeli Prime Minister Benjamin Netanyahu, Saks and Zagnoev sees it as their prerogative to ostracise us — to decide who is a good Jew (a real Jew) and who is (merely) of Jewish origin and thus a bad “self-hating” Jew.
What gives such leaders of a right-wing Zionist establishment this right?

Saks is at pains to belittle us as some kind of radical minority — as if demanding an end to the colonisation of Palestinian land is beyond the pale, as if the fact that we are a minority of the Jewish community makes us illegitimate and not worth listening to.

Although we are a minority, we will remain a vocal and proudly Jewish one, on the right side of history.

What gives me the chutzpah to assert this? Certainly not the kind of arrogance of claiming to speak on behalf of a diverse religion of varying political views. Instead, it is a recognition that we are all human, all fallible, and that when we get into positions of power over other people, we assert that illegitimate authority and derive ideologies that seek to justify our actions.

We need to understand the colonisation of Palestine through Zionism in these terms.

It is worth recognising that Zionism is, in fact, a borrowed ideology drawn from a history of Christian evangelical millenarianism that became relevant during the Protestant Reformation with the proselytisation of Martin Luther himself. His new form of anti-Semitism believed that expelling Jews from Europe and settling them in the Holy Land would hasten their conversion to Christianity and the second coming of Christ.

Luther himself wrote: “Who prevents the Jews from returning to their land of Judea? Nobody. We shall provide them with all the supplies for their journey, only in order to get rid of them. They are a heavy burden for us, the calamity of our being …”

When the British colonised half the world, this non-Jewish Zionism — often rabidly anti-Semitic — foreshadowed a Jewish colonial movement and the founding of the Jewish Colonisation Association by Baron Moritz von Hirsch. Figures such as Palmerston, Mitford, Gawler and, later on, Churchill, justified the empire’s policy of Jewish settlement on Palestinian land using Christian Zionism.

This history is important because it is precisely what makes the dispossession of Palestine by European Jews analogous to `Afrikaner-´ and British-settlement in Southern Africa. Our persecution at the hands of the Nazis and the rest of the European anti-Semitic world was turned on its head and used to justify a colonial project of violence and dispossession.

It is the confinement of Christian and Muslim Palestinians in effective Bantustans within the West Bank and Gaza that forces us to see Israel for what it is: not a homeland for all Jews, but as a European project of domination. Somewhat like the `tricameral parliament´ during apartheid, the 15% of Palestinians who are given second-class Israeli citizenship act to hide the disenfranchisement of the millions of Palestinians crowded into the West Bank and imprisoned in Gaza.

In fact, Israel’s new law banning critics from the country has clarified what Israel has always stood for. The law has not only excluded Muslims such as US lawmakers Ilhan Omar and Rashida Tlaib or human rights advocates such as Professor Katherine Franke and Vincent Warren, but prominent Jewish critics as well.

Even I cannot enter the country to visit my grandmother because doing so would subject me to harassment, interrogation, the search of my phone and laptop, and my subsequent deportation.

It is clear that Israel isn’t actually a home for all Jews, just some Jews, the “right kind” of Jews who tow the Zionist line — or at least keep quiet about its atrocities.

For those of us who have been banned — especially if we are based at universities — the question of academic freedom is crystal clear: despite appearances, Israeli universities are not places that welcome academic freedom. Via the policies of the state of Israel, they already ban critical academics such as Franke and Sa’ed Atshan. Years ago, before the new law was put in place, they also refused entry to Jewish intellectuals such as Noam Chomsky and Norman Finkelstein.

Palestinians who live in the West Bank and Gaza are also rejected from attending Israeli universities. Likewise, many Palestinian students seeking to study abroad are often trapped in Gaza, effectively an open-air prison. And if they are lucky enough to get permission to leave, they are often barred by Israel and Egypt from returning.
It is even worse for universities within the West Bank, which are regularly closed by Israel’s army, and in Gaza, where they are destroyed by bombs.

International academics and students are also regularly barred from taking up residence at universities such as Birzeit, in Ramallah, through a complex and obscure visa process. Just read up on what happened to professor of English Haneen Adi or the Columbia law student who got a job working for the United Nations Relief and Works Agency.

What kind of academic freedom is this?

Saks wants us to defend an abstract principle of academic freedom for Israeli universities while simultaneously ignoring the existing violations of academic freedom perpetrated by Israel itself. There can be no such thing here as “reverse discrimination”.

The UCT senate’s call to cut ties, not with Israeli Jews, but with complicit Israeli universities that have already enshrined discrimination into their mode of being is nothing but a defence of academic freedom.

It is a principled and sensible assertion that UCT refuses to be complicit in discrimination, occupation and domination.

*Jared Sacks is a PhD candidate in the Department of Middle Eastern, South Asian, and African Studies at Columbia University. Source: Mail&Guardian, 21 September 2019.