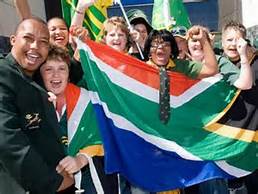 “The political choice is clear for many South Africans: `If you don’t vote for the ANC then it is your duty to get them out of power by voting for one of the opposition parties to “make a difference”.´ That does not work for me!”, says Raymond Suttner* in a contribution to public discussion that we are presenting below. Raymond Suttner goes on to illustrate and to explain:

“I struggle to find a way to contribute towards making this a better society. Yet because I do not see current electoral alternatives as viable ways to do this, at least on their own, I may seem to many to be constantly critical, rather than constructive.

“My political background is in the ANC. I may have had romantic illusions about the organisation when I first made contact in the late 1960s. Gradually, however, some of that gave way to accepting the ANC as an organisation of considerable complexity, embodying greatness as well as flaws.

“The ANC in which I believed in my initial “innocence” may never have fully existed. But there is no mistaking that since the rise of Jacob Zuma, the organisation no longer has any association with the liberatory vision that the ANC proclaimed and which led many of us to pin our hopes on it and work for it during the hard years of struggle against the apartheid regime.

“After three decades of banning, the ANC was reconstituted as a legal organisation in 1990, drawing strands of membership from exile, from prisons, from the underground and from the popular movements. Undoubtedly, the different strands had distinct, but also overlapping organisational experiences. Thousands and thousands more joined without any political involvement and had to be introduced to the policies of the ANC.

“At the time, some of us considered induction into the political character of the ANC to be very important since how members understood the organisation and its character would effect the way democracy and politics in general would unfold. It would shape the type of politics we would see and the democracy we would have. This was because we knew very well that the ANC would win the first elections.

“There were outside-specialists as well as some from inside the country who counselled the ANC to `modernise´ its politics, by which was meant that it should transform itself into a conventional political party. That suggestion made me uncomfortable. To this day I am uneasy with the description of the ANC as a political party.

“At issue is not just a concept, but my understanding of a conventional political party existing almost entirely for elections and with very little organisational life for its members, which has in fact happened to the ANC. I understood the notion of a national liberation movement then to suggest, in contrast, ongoing political activities by its membership.

“I was firmly committed to the coexistence of ongoing popular struggle complementing the election of a parliament and democratic government. I had experienced mass-creativity in the 1980s and seen local activity where grassroots-organisations built structures that took control over key aspects of their lives, albeit with abuses in some cases.

“The importance of popular and direct action remained in my thinking and I hoped to ensure that it survived and indeed was strengthened. This was not to block constitutionally established institutions, but as a vehicle for a range of interests that would not be directly represented by political organisations. Some of these popular or citizen’s organisations could relate to institutions of state for certain purposes, for example to make representations on issues of concern or where legislation was pending. Or they could very well operate entirely independently, as long as they abided by the law and the constitution.

“I had also cherished the hope that the ANC membership itself would continue to play an active role, contributing from within the organisation to the debates of the time. Insofar as members of the organisation derived in many cases from sectors and regions of the country which had not been in the mainstream of any political activity, the importance of hearing their voices and concerns and having their input into political decision making was very important.

“For various reasons, including the process of the ANC becoming a government, the mass factor in ANC politics receded and the identity of the organisation became more and more associated with what the ANC did as government. Branches became more devoted to elections and less and less concerned with debate and political education.

“Mass politics was more generally eroded in that many organisations had dissolved themselves in the mistaken belief that everything would be taken care of by “the people’s organisation”, the ANC. This was mistaken not because of the defects we may see in the current ANC, but because of the failure to appreciate that the range of interests in society cannot be represented by any single political organisation. These need and deserve to be organised around their specific interests, as had happened to a significant degree in the United Democratic Front.

“That is the context within which we need to consider our options if we do not see the ANC or any of the existing electoral organisations meeting our needs. It is a context where a focus on electoralism may not provide answers but, at the same time, where there are not many mass-organisations. There is sometimes a mistaken belief that civil society, when represented by NGOs, signifies mass or popular power. But NGOs are specialised organisations that may or may not assist mass movements and community led actions and interventions.

“What more should we do if we say that politics is not restricted to the ballot-box and that socially important activities happen not only within parliament or when initiated by government – or for that matter the political organisation supporting the government – or that parliamentary opposition parties do not meet all of our needs?

“There are significant activities by a range of organisations that contribute to defending and enhancing rights, rebuilding the culture of debate and improving the quality of life of impoverished South Africans. Some may be in cooperation with the state, some may require contestation with the state, and some may operate entirely independent of the state.

“We all exist within specific locations. We join or could join with others for specific social, economic, legal, religious or other reasons. All of these could have an impact on the political life of the South African people.

“We now live in a society riven with discontent over a range of issues: unequal education, healthcare, water and electricity provision, inadequate infrastructure for safe travel and for industry and business, inadequate commitment to gender equality and freedom of sexual orientation, and continued racism to list but a few.

“There are ways to secure or advance some of these rights and demands without or in addition to using the ballot box. We see regular community protests against the inadequate provision of basic needs. These occur with varying levels of organisation and sometimes fizzle out. There is little manifestation of sustained community power because there is little or no organisation to sustain it. In some cases, as with the shack-dwellers’ movement AbaHlali baseMjondolo and the Rural Women’s Movement, it has been possible to sustain organisation for some time, despite a hostile environment in which organisations sometimes experience high levels of repression.

“Establishing organisation ought to be possible in a range of sectors and communities. This is said as an outsider and with humility. This is because who should initiate such organisational activity cannot be determined by outsiders and is often mediated by relationships with the ANC and other political organisations.

“Organisation-building can play an important role in defence of vulnerable people. There are some rights under the constitution that do not command a powerful constituency or a sufficiently powerful base to ensure that they are uniformly observed, protected or respected. This is the case with the right to freedom of sexual orientation, where individuals encounter various forms of abuse and little protection from the legal system. There are also service providers such as doctors and social workers who have sometimes endangered victimised individuals by “outing” them as LBGTIQA+ in their communities. The level of abuse varies also depending on the location of the individual.

“It is said that all rights in the Bill of Rights are equal, but in practice there is a hierarchy. While there is a powerful constituency, including the government of the day, against racism, the constituency behind sexuality rights and defence from gender-based violence and sexual abuse of various kinds is relatively weak and unorganised.

“It is not a fact of life that this should be so. It is possible to build organisation in support of all rights in the Bill of Rights, but especially those that are most vulnerable to abuse.

“Many people are committed to constitutional rights and all the clauses of the Bill of Rights who are not themselves LBGTIQA+. Can the commitment of some or many of these people not be amplified and organised in support of freedom of sexual orientation and protection from rape and other forms of abuse? What are the vehicles and actions needed to build a platform of solidarity against homophobia and heterosexism, including the participation of those who are not directly part of the LGBQTA+, without appropriating space and voice?

“This is not an organisational plan or an attempt to answer all the questions of what must be done now. Rather, it is part of an ongoing effort to find effective ways in which we can act, whether as workers or as people who face heterosexim and other forms of exclusion and deprivation. What we most desire includes, but goes beyond voting. We can deepen our democracy and safeguard our freedoms through shared strength and solidarity. This requires commitment to build organisational structures that endure and go beyond sporadic actions.”

*Raymond Suttner, scholar and political analyst. Much of his life was spent in the struggle against apartheid and in building the new democratic order. He served lengthy periods as a political prisoner and under house arrest. Currently he is a professor attached to Rhodes University and UNISA and he has authored or co-authored Inside Apartheid’s Prison (2001), 30 Years of the Freedom Charter (1986) 50 Years of the Freedom Charter (2006), The ANC Underground (2008) and most recently Recovering Democracy in South Africa (Jacana and Lynne Rienner, 2015). Raymond blogs at raymondsuttner.com and his twitter handle is @raymondsuttner