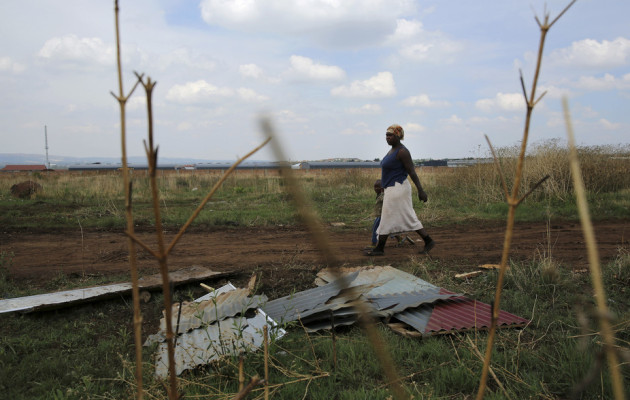 CAPE TOWN, 11 May 2016: Four years ago voluntary guidelines on the governance of land and land-tenure were agreed at the United Nations (UN) Food and Agriculture Organisation in Rome. This was a response to growing concerns about the impacts of “land grabbing” driven by the global rush for investment in the wake of the food-, fuel- and financial crises in the first decade of this century. Getting the guidelines agreed was a long slog, involving many people. Ruth Hall* presents the following account. She writes:

In a new report we examine what has happened since – and what challenges lie ahead.

The voluntary guidelines represent a unique example of collaborative “soft law”. The UN Committee on World Food Security offered the opportunity for direct involvement of all stakeholders – including governments, industry and civil society. This was a first for this sort of international law-making process. There was both disagreement and compromise, and not a little fudging, but the final document emerged as a globally-agreed platform for action. Given the controversial topic, and the vested interests involved, this was an amazing feat.

In the past four years there has been an extraordinary amount of activity globally. There have been pilot- projects and capacity-building training, as well as manuals, guidelines and toolkits galore. There has been widespread buy-in. This has come from national governments, ranging from Sierra Leone to Myanmar, to private companies, including the sugar giant Illovo, to large international NGOs, such as Oxfam. It also included a range of civil-society movements, such as the peasants’ movement, La Via Campesina. But, not surprisingly among such a diverse group, there are disagreements and controversies.

Making land-governance work in practice is easier said than done. High-sounding principles do not translate easily in contexts where corruption is rife. Land deals are opaque and the capacity for regulation and oversight is minimal. What can you do when there is only one person in the land-registry office, with inadequate records and no legal back-up? Not surprisingly, investors can ride rough-shod over any procedure in such settings.

Beyond the status quo

Many see the guidelines as an important opportunity to address wider issues of land-inequality, historical dispossession and agrarian change, rather than simply as a route to “responsible investment”. Just as the process of agreeing on the guidelines was intensely political, the implementation is too. Ensuring that the debate between regularising the status-quo and pushing for more progressive change remains alive is essential. For this reason, there is a need to balance the technocratic impulse to translate guidelines into multiple toolkits and methods against the importance of sustaining the debate about what the guidelines ultimately are for, and for whom.

Holding investors to account is an essential aim. With growing global awareness of land-investment issues, accountability-campaigns, such as “Behind the Brands”, are gathering strength. The guidelines are not intended to restrict business, but ensure it is responsible, transparent and effectively regulated. This requires capacity in governments that need well-equipped and expert land-administration and legal systems. Facilitating private-sector investment needs to be balanced against building state- and civil-society capacity for holding businesses to account.

Agreements forged at the global level, and signed with great fanfare at a UN event, do not necessarily cascade downwards. Regional and national political contexts really do matter. In some contexts, there are adversarial relationships, while elsewhere there is more coherence and consensus. Where particular governments, such as Brazil, take a lead in a region, then things move; and where constitutions reflect broad human-rights principles there are more opportunities for linking struggles. Building regional capacity – such as in Africa through the Land Policy Initiative – is an important next step.

There are all sorts of successes in land-governance across the world. For example, there have been efforts to document and secure customary and informal land-rights through participatory community-mapping and community-land protection and registration initiatives that can yield tangible results for poor and vulnerable populations. A key focus must be on legal empowerment and accountability, building the capacity of local groups.

The guidelines provide an important, internationally-agreed framework for action. Learning from successes in land-governance is a vital next step, combined with increased support for civil-society and social movements to build bottom-up pressure for state- and corporate-accountability.