“… from fossil fuels to renewables” 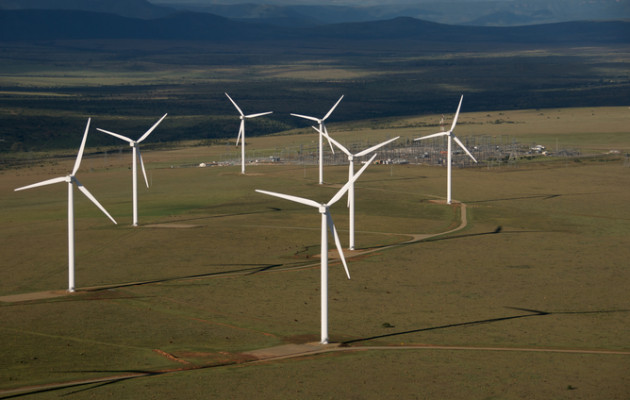 Renewable energy makes up a very small part of South Africa’s energy mix. This needs to be improved as the country’s reliance on coal is still very high. An increase in renewable usage will result in lower carbon emissions and set the country on a more sustainable path. But adding more renewables to the energy mix research and development is essential.

The Conversation Africa’s energy and environment editor Ozayr Patel asked Velaphi Msimang, the head of Knowledge Economy and Scientific Advancement at the Mapungubwe Institute for Strategic Reflection, about what South Africa must do to improve its renewable energy output.

What is the problem with South Africa’s current renewable strategy?

Renewable energy solutions are being deployed but the country has not invested much in related research and development. It must do this if it is to take maximum advantage of global markets for energy services.
But investments should not be limited to renewables, which are a supply-side solution that require machinery which converts one form of energy to another. There should also be investment in energy efficiency, which is no-build and passive solution. An example of an energy efficient solution is the integration of good insulation in the design of dwellings as this reduces the need to use heaters or air conditioners.

Taking an approach that is less dependent on machinery-based solutions would match the make-up of South Africa’s skills’ profile. This would be the right approach as the country must ensure people have the capability to work on the technologies being invested in. This is for at least two reasons:

1. The procurement of big lumps of large energy infrastructure characterised by large capital costs and long construction times often lead to the crowding out of lower cost alternatives.

2. The fact that these large projects can’t be reversed or stopped means that better alternatives may not be viable as large supply capacity ends up idling, and often mothballed.

This was identified in the revision of the country’s Integrated Resource Plan and borne out by experience in its last energy infrastructure expansion programme. Expensive idle capacity would be created for which future generations would still have to pay.

For South Africa to compete in markets for manufactured goods, input costs need to be minimised. This means that cost-competitive energy solutions are a requirement for success.

This is the only way that the country’s long-term National Development Plan can be realised. Its central aims are to reduce poverty, unemployment and inequality.

South Africa’s carbon footprint is high and continued dependence on coal will only make this worse. It is a small country that needs to prioritise its limited resources – both human and financial – towards cost-competitive solutions for which global markets are guaranteed and growing.

Denmark offers a good example of what is possible, even for a small country. It has reduced its carbon footprint significantly. At the same time it has established itself as a leading exporter of clean technologies.

To summarise Thomas Friedman and Monica Prasad, Denmark, responded counter-intuitively to the 1970’s oil crisis. The country had to deal with oil prices hikes in two separate years. But it responded excellently.

It imposed a set of gasoline taxes, CO2 taxes and building and appliance efficiency standards. This allowed it to grow its economy — while barely growing its energy consumption — and gave birth to a Danish clean power industry. Today it is one of the most competitive in the world.

The linchpin of Denmark’s ability to achieve these outcomes was that it skillfully directed revenues from carbon tax to research and development. As a result it reached a 15% reduction in greenhouse gas emissions from 1990 levels.

Countries like Norway, Sweden and Finland are interesting examples. They also imposed carbon taxes. But revenues raised in this way were nationalised. This has failed to help them reduce carbon emissions in the way they had planned. In fact, Norway’s increased by 43% per capita between 1980 and 1996.

What can South Africa do?

South Africa needs to put in place two sets of well coordinated policy measures. These would catalyse both the transformation of its energy system as well as the development of globally competitive related industries.

1. On the supply side the country must implement a carbon tax and invest the revenues in the development and deployment of more sustainable low carbon technologies.

2. On the demand side, South Africa must create markets for cost-competitive low carbon solutions. These can accelerate the transformation and diversification of the energy system away from coal and towards a decentralised, resilient and intelligent one.