INDABA AROUND GENDER-JUSTICE AND RECONCILIATION: 15-17 October 2019 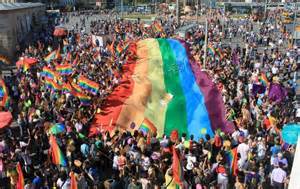 The Institute for Justice and Reconciliation (IJR) will host a 3–day GENDER-INDABA in Cape Town between 15 -17 October 2019 on the nexus between gender-justice and reconciliation, and explore intersectional approaches to the creating and building of gender just-communities.

Twenty-five years after the end of apartheid, the lived experiences for the majority of South Africans remain defined by the persistence of particular sets of human relationships, most of which are detrimental to our dignity and livelihood. Women* and children remain vulnerable to violent trespasses against our dignity as a consequence of gender-inequalities and the violent persistence of patriarchy. This is exacerbated for the LBTIQIA+ community, and particularly trans- and gender-nonconforming individuals, who still face violent stigmata and systemic discrimination that further worsen barriers and entrench marginalisation.

Throughout South Africa, deep gender-wounds and trauma hold communities captive, and until gender-justice is addressed, all attempts at justice and reconciliation will be incomplete and only serve those who hold symbolic, compensatory and political power.

It is clear, we live in a country where gender-based violence is pervasive – that advancing gender equality and dismantling patriarchy in South Africa must go beyond awareness-raising of individuals, to radically transform those systems and institutions that produce and reproduce unequal power relations.

This year’s Indaba will take place over three days:

“Dying to be men: A new generation of manhood”

The Indaba brings together academics, activists, policy-makers and members of civil society with a view to engage various forms of knowledge centred on the lives, struggles and celebrations of women and men across the range of social, political and cultural divides. The Indaba will tap into the creativity that is inherent and alive within us all and endeavour to reconfigure the dialogue space to transcend hierarchies, encourage active participation, and dissolve cultural and linguistic barriers.

*The IJR defines woman/women as any person who identifies as such.