Linda Chisholm: BETWEEN WORLDS. German Missionaries and the Transition from Mission to Bantu Education in South Africa 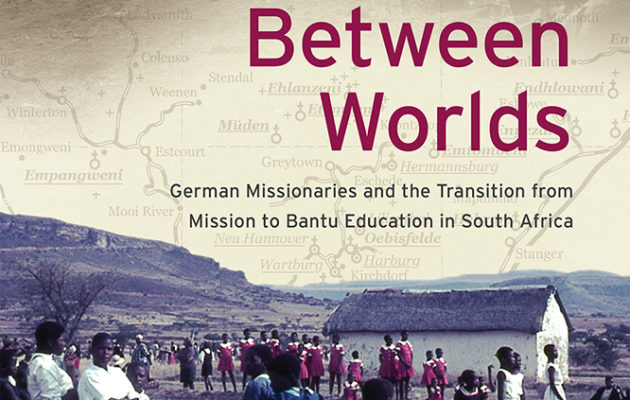 Linda Chisholm:
BETWEEN WORLDS
German Missionaries and the Transition
from Mission to Bantu Education in South Africa

In Between Worlds Linda Chisholm meticulously and with great sensitivity dissects how one mission society, the German Hermannsburg Mission Society, parleyed its decision to remain within the state system in the shift from mission to Bantu Education, in creative and important ways. The book is a detailed portrait of the Hermannsburg Mission’s education work, but also a critical and insightful commentary on a set of broader questions, reflecting off the current political moment in South Africa.
— Professor Natasha Erlank, Historical Studies, University of Johannesburg

Linda Chisholm’s account of German Lutheran missionaries’ school and teacher education work in South Africa disrupts conventional understandings of the role of missionaries in the development of South Africa’s education system. Drawing on extensive archival research in South Africa and Germany, the history of the largely ignored Hermannsburg Mission reveals the ambiguities and contradictions, which marked their complex relationships with local communities and the colonial and apartheid state.
— Volker Wedekind, University of Nottingham

The transition from apartheid to the post-apartheid era has highlighted questions about the past and the persistence of its influence in present-day South Africa. This is particularly so in education, where the past continues to play a decisive role in relation to inequality. “Between Worlds: German Missionaries and the Transition from Mission to Bantu Education in South Africa”  scrutinizes the experience of a hitherto unexplored German mission society, probing the complexities and paradoxes of social change in education. It raises challenging questions about the nature of mission education legacies.

Linda Chisholm shows that the transition from mission to Bantu Education was far from seamless. Instead, past and present interpenetrated one another, with resistance and compliance cohabiting in a complex new social order. At the same time as missionaries complied with the new Bantu Education dictates, they sought to secure a role for themselves in the face of demands of local communities for secular state-controlled education.

When the latter was implemented in a perverted form from the mid-1950s, one of its tools was textbooks in local languages developed by mission societies as part of a transnational project, with African participation. Introduced under the guise of expunging European control, Bantu Education merely served to reinforce such control.

The response of local communities was an attempt to domesticate – and master – the ‘foreign’ body of the mission so as to create access to a larger world. This book focuses on the ensuing struggle, fought on many fronts, including medium of instruction and textbook content, with concomitant sub-texts relating to gender roles and sexuality.

South Africa’s educational history is to this day informed by networks of people and ideas, crossing geographic and racial boundaries. The colonial legacy has inevitably involved cultural mixing and hybridization – with, paradoxically, parallel pleas for purity. Chisholm explores how these ideas found expression in colliding and coalescing worlds, one African, the other European, caught between mission and apartheid education.