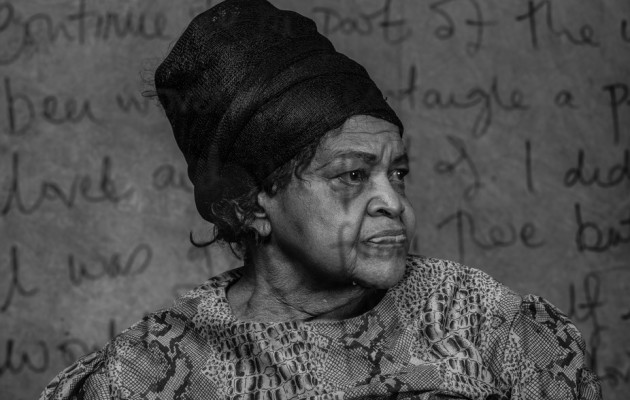 In an arts-and-culture series called “Under the influence”, in which experts share what they believe are the most influential works in their fields, Barbara Boswell*, University of the Witwatersrand, introduces Miriam Tlali’s novel “Amandla”:

South African novelist Miriam Tlali’s “Amandla” is one of a handful of Black Consciousness novels that renders in fiction the June 1976 Soweto uprising.

Published in 1980 by Ravan Press, it was only the second novel authored in English by a black woman to be published within the borders of apartheid South Africa (her 1975 debut, “Muriel at Metropolitan” was the first). Predictably, “Amandla” was banned upon publication.

“Amandla” offers a richly detailed fictional account of the 1976 Soweto uprising, when the township’s youth rose up against the decision to make Afrikaans compulsory as a medium of instruction in black schools. “Amandla” is written from the perspective of a number of young revolutionaries of the time.

Based on Tlali’s experience as a Soweto resident in 1976, the novel depicts the uprising and its aftermath. It vividly sketches the mechanics of the Black Consciousness ideology in the service of anti-apartheid activism. “Amandla” does so while teasing apart gender relations between men and women activists, and within the larger community.

It is one of four novels considered “Soweto novels”, works of fiction depicting the June 1976 uprising. The others are Mongane Serote’s “To Every Birth its Blood” (1981), Sipho Sepamla’s “A Ride on the Whirlwind” (1981) and Mbulelo Mzamane’s “The Children of Soweto” (1982).

These novels are heavily influenced by Black Consciousness ideology. They are also shaped by Steve Biko’s writings on a unified black populace that would decolonise itself from racist indoctrination.

However, “Amandla” departs from these novels in an unprecedented attentiveness to the gender-politics of the day. It engages in the mimetic work of reflecting black gender relations in Soweto. The novel also constructs a new vision of black masculinity.

Why is/was it influential?

Tlali uses Black Consciousness discourse as a launching point for this vision of masculinity. The novel tracks the life of the student leader, Pholoso, and a range of minor characters.

The reader follows Pholoso as he becomes a leader of the youth. In this role he has conscientising sessions in the cellar of a church with young people active in the struggle. Here Tlali allows him long streams of dialogue. He outlines several position statements from the underground resistance movement on how society should be organised.

Relationships between black men and women is one area where he “instructs” the youth on ethical behaviour. In one scene, Pholoso addresses a room of 22 activists as “Ma-Gents”, making it clear that the room is filled with young men. Within this masculinised space, Pholoso articulates, among other things, a strong position on gender-equality and relationships with women. First, he addresses the absence of women from the “innermost core” of the underground movement this gathering represents. He attributes women’s absence to the high levels of sexual harassment to which women are subject whenever they move around Soweto.

Pholoso names this scourge of molestation as an impediment to women’s participation in political activity. He believes it should be countered through educating the public at large.

Critics such as Cecily Lockett and Kelwyn Sole have critiqued Pholoso’s centrality as a student leader. They have also scrutinised the masculine space wherein he operates as reifying women’s subservient positions within the anti-apartheid struggle. Margaret Miller makes the case that Pholoso’s utterances confirm the marginal role women seemingly played in the 1976 uprising in his “patronising and contradictory” speech.

What critiques such as Miller’s ignore are the reasons Tlali may have for recruiting a black man in the role of gender conscientising. He is equated with Moses leading the Israelites out of Egypt, to disseminate a message of gender parity through the community.

In addressing the “Ma-Gents” on the sexual harassment, treatment and education of women, Pholoso advocates an oppositional black masculinity to counter dominant iterations of masculinity in Soweto. He exhorts the men to “go out and educate the people”. Pholoso is reliant on a ripple effect his message will have as it spreads out in concentric circles among the township’s men.

It is important to note that he is not addressing white men or women and their treatment of black women, but black men specifically. A black man himself, he holds black men as a group accountable for the safety, education and equitable treatment of women. He is gesturing to a time as yet unknown, in the future, when black subjects will be free of the oppression of apartheid.

Pholoso infers that women will not only be instrumental in fighting for this new, `racially´-equitable social order. Black men also need to prepare for this time of freedom by ensuring that women and men are fully prepared and able to partake in its fruits.

Why is it still relevant today?

Another vignette from the novel deals with the sexual abuse and rape of young women activists while in detention. Here Tlali chillingly notes that rape and sexual abuse in prison is:

the price we have to pay for our liberation. We have to fight hard and free ourselves, otherwise these things will always happen to us.

These words seem an uncanny foreshadowing of the high rape and sexual abuse rates women would experience after apartheid. It draws into question whether the revolution against apartheid has been fully completed through overcoming only racial oppression.

It also carries a deliberately ambiguous meaning – while the “we” having to fight hard to free “ourselves” signifies the struggle against apartheid, it additionally invokes black women’s gendered struggle against sexual violence. Here, women are being called to simultaneously fight racial oppression while fighting the sexist oppression that spawns rape and sexual abuse.

In “Amandla”, Tlali thus negotiates Black Consciousness ideology by producing a critique of apartheid rooted in Black Consciousness. Simultaneously she complicates the discourse by showing the gendered experiences of sexual harassment that are singular to black women during the 1976 uprising.

“Amandla” provides a rich historical rendering of one of the turning points in the anti-apartheid struggle. It also gives an insightful analysis of the gender-politics of the time. Given this content and context, the novel has great potential to contribute to contemporary discussions of violence against women, especially within national student-movements.

Disagreements about the role of gender and lesbian, gay, bisexual, transgender, intersex and questioning (LGBTIQ) students’ role within the most recent student protests seems to have split the movement. Tlali’s novel provides an instructive critique of the gender politics of Black Consciousness, an ideology that has been forcefully reasserted in these most recent protests.

With its strong position on gender-relations within Black Consciousness organising, “Amandla” is worth revisiting by student activists seeking to negotiate an ethical path between economic, racial and gender equity demands. Its didactic aims, instead of being dismissed as aesthetically unappealing, could be well utilised in reframing, for young men in particular, the historical events of the 1976 uprising. It could also be a blueprint for avoiding a repeat of the mistakes then made regarding women’s participation in political movements.